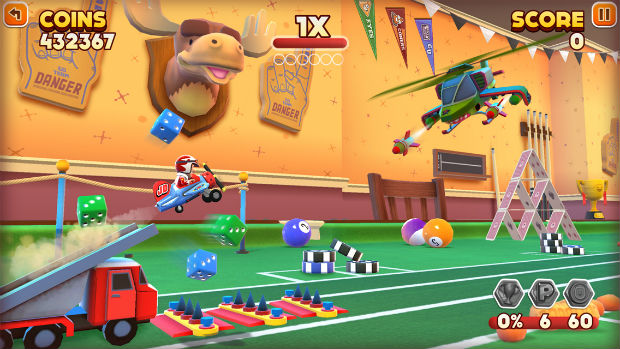 Hello Games is probably riding on a cloud right now. After announcing No Man’s Sky the internet pretty much exploded, and everyone can’t wait to see what it can offer. But the studio isn’t forgetting its humble roots, as Joe Danger will ride again on iOS in an all new adventure.

Hello Games has announced Joe Danger Infinity — an endless game that takes place in a toy kingdom. Everyone in Infinity is a toy (including Joe), and the world will feature tons of tiny objects and cute little courses. It’ll also feature “two dozen” new characters and “twenty new vehicles,” including cars and airplanes.

The studio seems to be tapping into the power of Jetpack Joyride, and I’m okay with that.