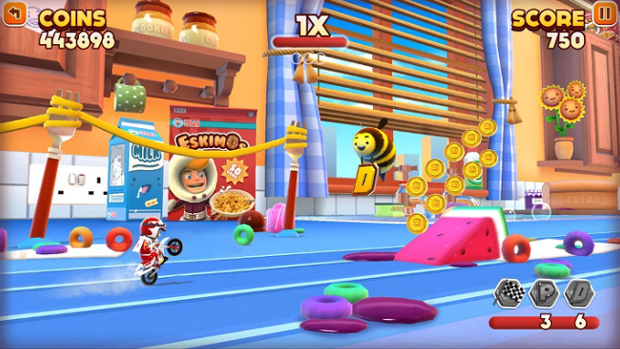 The affable team behind Joe Danger and the exciting, upcoming No Man’s Sky had its offices flooded over the holidays. We’re talking, “a biblical amount.” In fact, the water is apparently still rising as the team, relocated to a “cramped little upstairs room,” has been working to hit its January 9 release date for Joe Danger Infinity. Talk about dedication.

In this second iOS release for the series, Joe Danger is a toy, one of a couple dozen different playable characters in an Army Men-style world of small things becoming giant things. There are also a bunch of new vehicles, including a tank and a runaway firework.

Infinity is more of an endless runner, in the realm of Canabalt, but there is still some traditional progression in terms of levels and unlocks.