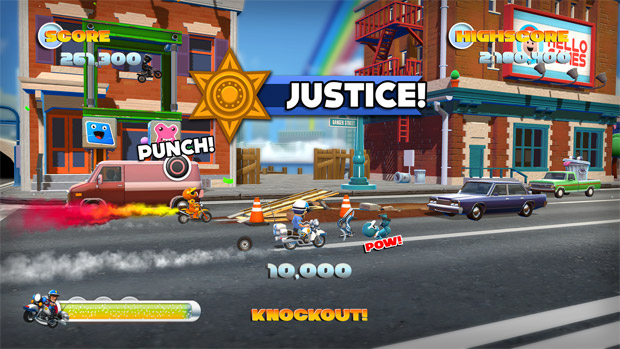 When Joe Danger: Special Edition hit only Xbox Live Arcade, some fans of the original game on PlayStation Network were understandably upset. The fact that Joe Danger 2: The Movie was another Xbox 360-only release didn’t help matters much either, but at least with that game, it won’t remain exclusive forever.

As announced by Hello Games, Joe Danger 2 will hit PlayStation Network “much sooner than you would expect,” according to founder Sean Murray. Better yet, it’s actually packing 10 hours of exclusive content. “For the PlayStation version we’re taken the time to add even more content. We want it to be perfect.”

Obviously exclusive content of any kind will rile some people up, but I’m just glad to see PS3 users back in the loop for this series. Now, if only we could get a Vita version, then I’d consider double dipping.