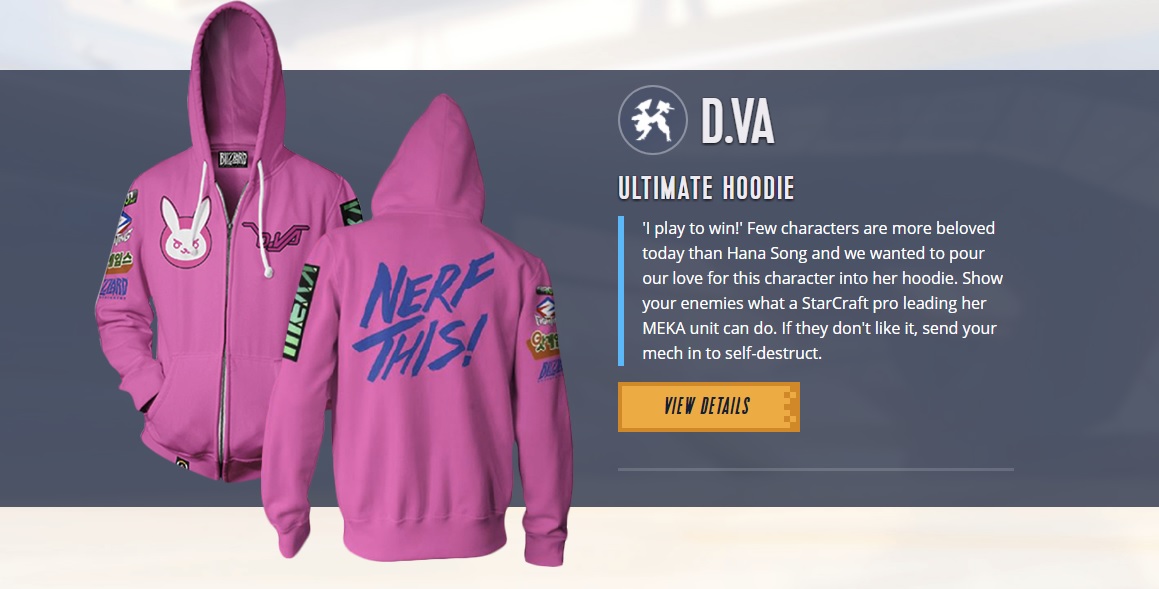 Jinx has been churning out some great Overwatch related clothing items this past year, and these new hoodies look to also deliver. Out this week, they just launched a new set of hoodies for D.Va, Lucio, Genji, Roadhog, Zarya, Reinhardt, and Widowmaker, which range from muted (Lucio) to busy (D.Va).

That’s the initial salvo anyway, and “later in 2018” Soldier: 76, Junkrat, and Mercy will be getting their due. The rest of the cast (even Moira) are listed for sometime in 2018, but their designs are visible yet. Out of all these Lucio is probably my favorite — I dig the color scheme and the fact that it’s not too busy.