Once again, Guerrilla Games has brought forth a fresh fistful of DLC for Killzone 2, providing us with two more maps in which to throw our grenades and spam our rocket launchers. The “Flash & Thunder” map pack takes a pair of popular maps from the original Killzone, graphically updates them, and expands them to create two fresh experience for KZ2 fans.

How are the new maps, and are they worth $5.99 of your hard-earned cash? I’ve given both maps — Beach Head and Hilltop, a run through, and am now sharing my first Jimpressions of the environments with you, the loyal Destructoid community. Read on for more. 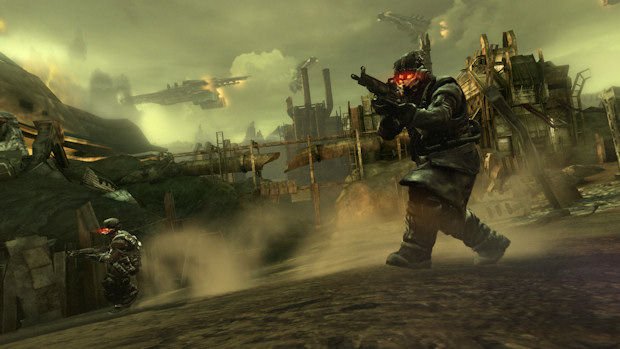 First of all, let me preface this by saying that I am not a fan of the new patch which eliminates temporary invulnerability from spawn points. While this is great for the enemy team, it’s turned spawning anywhere but the main camp into a very irritating game of chance, with a ridiculous amount of spawning right on top of grenades and getting slaughtered within a second of appearing on the map. The new maps — with plenty of chaotic areas just ripe for choke points — exemplify the problem with this update.

Spawning frustration aside, the new maps are actually quite impressive. I first tried out Southern Hills, which is quite a large map with a healthy mixture of indoor and outdoor environments. The various bases, complete with turrets that have very wide views of the map, are well placed and there’s a huge sense of urgency thanks to the mixture of wide open spaces and tight corridors where death could be hiding around any corner. It’s also a haven for snipers, with a number of high areas that give Scouts a perfect view of the battlefield. 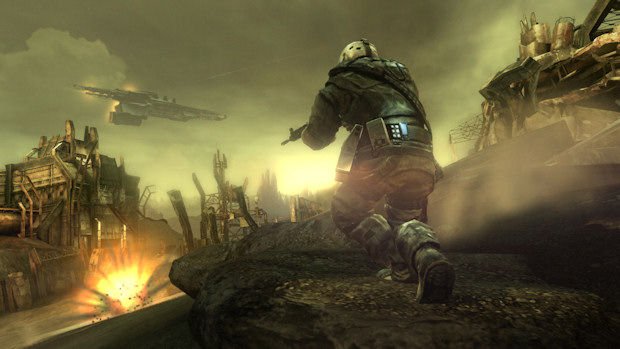 At certain points, a violent nuclear blast will sweep across the battlefield, and if you’re in the wrong place at the wrong time, it could prove deadly. I’ve only been killed by it once so far, so I’m guessing that it’s less frustrating than the deathtraps found on the Wasteland Bullet map, plus you get a warning siren which affords you time to find cover. The fallout can make enemies difficult to see, but it makes you hard to see by the same token. It’s also quite visually impressive.

Speaking of visuals, it should be noted that those who like to make jabs about modern day shooters being all brown and gray will have a field day with these maps. Southern Hills is nearly entirely brown, while Beach Head is nearly entirely gray. Still, when it comes to the latter map, it’s a very beautiful gray indeed. 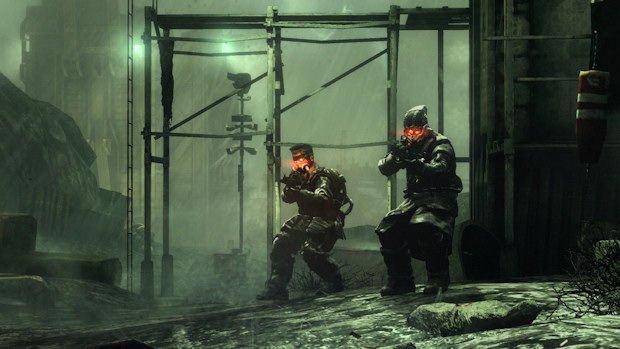 Beach Head is a visually stunning map that manages to be “gritty” without looking “boring.” The beach area is set during the middle of a storm, with a constant rain effect and high winds sweeping across the field. The bright lights set up around the map offset the gray to give it a distinct and gorgeous look. It beats out Vekta Cruiser as the best looking Killzone 2 map to date.

As far as the map plays, this one is even more intense than Hilltop. It’s smaller, but is full of areas that can become literal kill zones, with tight areas that become highly contested battlegrounds. That said, the map is also full of pipes and cover, making it a great environment for sneaky players. Unfortunately, the new spawn grenade patch really works against this map, with a ridiculous amount of appear-die-appear-die scenarios. Still, it’s a great map that I’m sure will be a lot more fun once everybody has played it enough and gotten used to its layout. 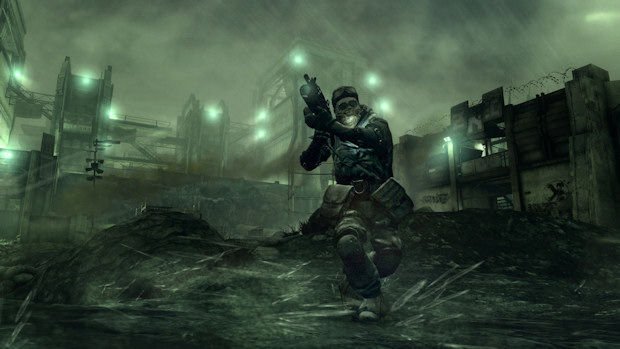 As always, the new maps come packed with fresh Trophies, for anybody who cares about such things. Like the last map pack, you will earn them easily by using the special skills of each of the character classes. Kill five people in disguise, win the Saboteur Trophy, have five people spawn from a grenade, get the Tactician Trophy. It’s perfect Trophy whore fodder, and will undoubtedly add extra value for Sony fans.

The Flash & Thunder pack has impressed me a lot more than Steel & Titanium did, and I can recommend this pack to any Killzone 2 fans out there. The maps are large, chaotic and fun, both of them being very well designed areas that add a new style of play to the game. If you’re into Killzone 2, then this new pack is worth $5.99 of your money.