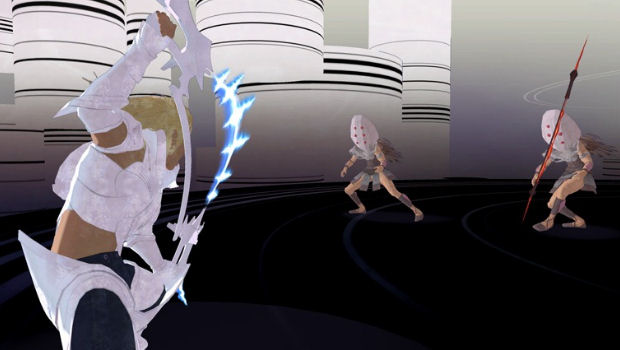 El Shaddai: Ascension of the Metatron is now available to download on the Japanese PlayStation Network and Xbox Live, and naturally I fired up my foreign account to give it a whirl. Having put the demo through it’s paces, I’ve come away with two things in mind. 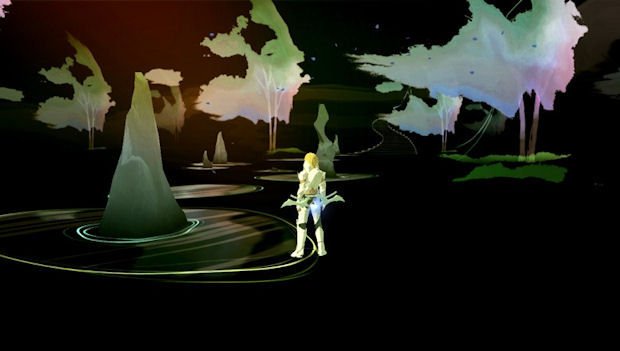 With the demo being in Japanese, I had to blindly figure my way through most of it. From what I gathered, El Shaddai is a very intense action game with combat based heavily around counters, dodges, and getting killed a lot. The game is, to put it bluntly, fucking hard, but it’s the kind of hard that I wouldn’t call cheap. Enemies are aggressive, and aren’t shy about countering, but so far it’s not overwhelming.

In fact, the battles are small-scale affairs, with protagonist Enoch going up against little more than two enemies at a time. Two are more than enough to do significant damage, however, and I’m not ashamed to admit that I’ve already seen a fair few deaths and even when surviving, it was by a whisker.

The main hook of the combat seems to be in the thieving and constant maintenance of enemy weapons. After sufficiently pounding on a monster, they become stunned enough for you to press a shoulder button and steal their weapon. Pressing the same button causes Enoch to run his hands along it and make it glow, which seems to make the weapon much more effective and reminds me of the the beam katana from No More Heroes. 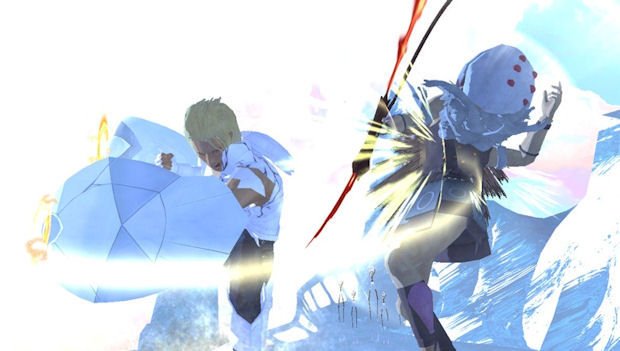 General melee is fairly standard, with a range of light and strong attacks to choose from, and a crucial shoulder-mounted parry button. Enemies appear to be very adept at parrying as well, however, and more often than not will turn a consistent assault against the player. When taking damage, Enoch and his enemies lose portions of their armor until they’re wearing only their smallclothes. In this state, one more hit will annihilate Enoch.

El Shaddai is fairly stingy with the checkpoints. Suffering a death will send Enoch back through significant portions of the game, and so far I’ve not found a way to skip cutscenes, which is a fairly negative point. Nonetheless, the unforgiving nature of the game makes battles that much more engrossing, and once you’ve had enough practice, you can get through repeated sections fairly swiftly.

Perhaps the best part of the demo, however, is the sidescrolling platform sequence. The abstractly stunning graphics really pop out during the section demonstrated, and the platforming works surprisingly well, as Enoch jumps across platforms, takes optional, trickier routes to collect orbs, and runs across constantly rising waves of sand to reach distant areas. 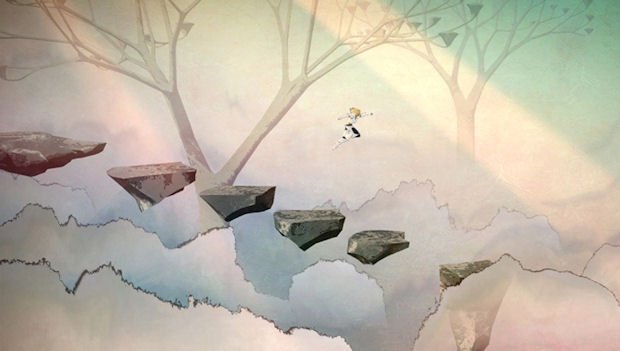 While some of the 3D platforming can be hard to navigate thanks to the unique art style that sees platforms bleeding into each other, the 2D sections look set to be incredibly tight and fun. The fact they’re married to an tough 3D combat system serves to make this one of the more unique games released so far this year.

El Shaddai is shaping up to be a major cult hit. It looks fantastic, it pulls no punches in the action department, and it’s set in a bizarre, gorgeous world that looks like none other on the market. Whether the game’s difficulty will eventually feel cheap and frustrating, or fair and rewarding, remains to be seen, but so far I have a feeling that it will be the latter.

Definitely a game to keep an eye on, in any event.