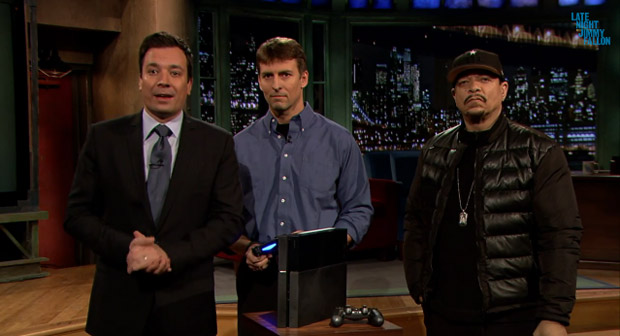 Ice-T is terrible at Pong

During last night’s episode of Late Night with Jimmy Fallon, Sony’s head of special projects, Dr. Richard Marks, came by to demonstrate the abilities of the PS4’s camera and motion-controlled gameplay. Both Jimmy Fallon and his guest, Ice-T, took the opportunity to have some fun with it.

Throughout the demo, they showed off some games and tricks that can be done with the PS4’s augmented reality features, including a game called the AR Bots. In addition to the camera and controller, we got to see some performances with the tablet and how you can draw shapes and ‘fling’ them into the camera for the AR bots to play with it.

Many of these feature were already shown off at earlier points, but it’s still fun watching people new to the device get blown away by its features.