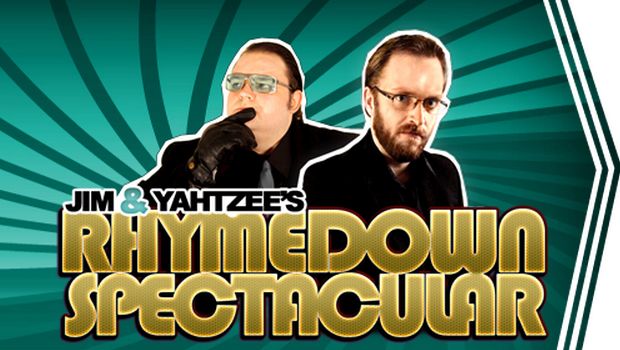 The brains behind Jimquisition and Zero Punctuation get lyrical

A few months back, I was chatting with Susan Arendt over at The Escapist about doing some sort of videogame poetry. It was a very vulgar idea. Yahtzee of Zero Punctuation was also mulling over a poetry-themed product. His was not as vulgar as mine, because it didn’t involve having sex with Ekans.

Compromises were made, formations were formed, and we now have Jim and Yahtzee’s Rhymedown Spectacular, a weekly poetry corner of pop culture pompousness. That’s fun!