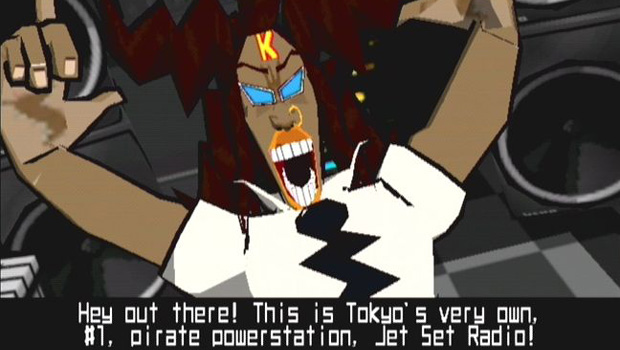 The teaser didn’t show diddly squat, and the subsequent screenshot dump was alright, but nothing compares to seeing the game in motion. A few days ago, SEGA uploaded the official trailer for the Jet Set Radio HD re-release, and yep, it looks Dreamcast-y, alright.

I guess that’s okay. It doesn’t look any different save for some added sharpness, but I guess that’s all people really wanted out of it anyway. I guess I’m not as excited because I played the original game for the first time last year. I have the disc in the other room, where I can play it whenever I want. But good on those of you who haven’t tried it out before.

So much is said about the admittedly stellar soundtrack, but for some reason, the only song that keeps running through my head is…

Dig through the ditches and burn through the witches I slam in the back of my Dragulaaaaaa!