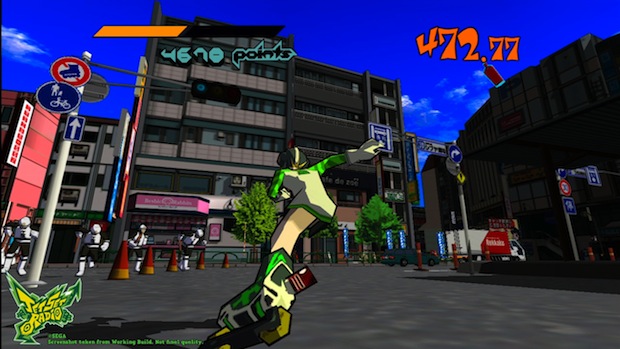 Earlier Sega teased, but now it’s official: Jet Set Radio will be coming to Xbox Live Arcade, PlayStation Network and Windows PC digital download later this summer. This cel-shaded, stylish Dreamcast classic will get an HD upgrade for this re-release, and these few new screenshots will give you some idea of what the game will look like.

In related news, Sega will be hosting a contest that will let fans take a shot at designing 18 new pieces of graffiti art, all of which will be placed in the game. The prize pack includes two copies of the game, a JSR hoodie, a JRS beverage shaker, and a sound system. That’s a nice prize bundle, but I’d think that having your art in such a great game would be a bigger deal. You’ll find the rules and submission guidelines on Sega’s contest page.