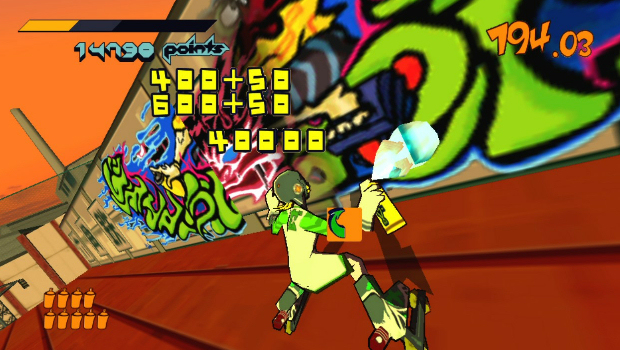 SEGA has announced that Jet Set Radio is heading to the PlayStation Vita, joining the previously announced PC, Xbox 360, and PS3 versions. Now you can be a disgusting vandal anywhere you go!

As seems to be mandatory, the Vita version will feature new controls to “enhance” the experience. The touchscreen will allegedly make spraying graffiti feel more “natural” while the system’s built-in camera will also find some use. SEGA promises that the portable choice “loses nothing in the way of content or experience in comparison with its console and PC brethren.”

I dig this whole idea that the Vita can be a viable platform for new games alongside console releases, while not having to sacrifice any of the content. So long as they don’t go overboard with the touch stuff. It’s pretty exciting stuff.

At least when it comes to cel-shaded stuff, anyway!