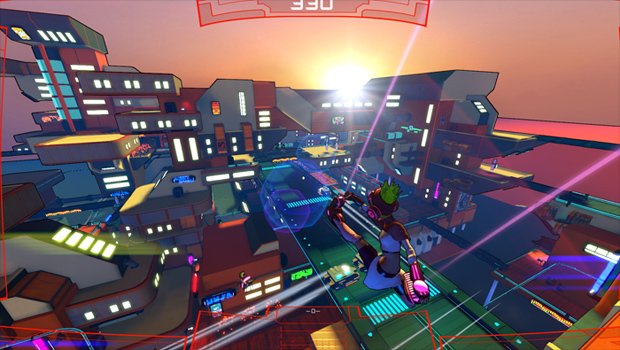 Composer Hideki Naganuma of Jet Set Radio and Jet Set Radio Future fame has signed on for Hover: Revolt of Gamers, that neat open-world inline skating game. Considering its developers were inspired by those titles and fans of JSR seem to be digging it, that’s a good get.

Speaking about the project, which is doing quite well on Kickstarter, Naganuma said “It was love at first sight. Hover has hot graphics and a cool worldview. At first glance, I felt like I’d love to make music for Hover. This feeling’s been a long time since Jet Set Radio Future.”

Looking ahead, there are stretch goals to double the game’s city size and create a Wii U version with asymmetric gameplay. Plenty of time left in the campaign to meet those and potentially more. For now, the plan is to release Hover on PC, Mac, Linux, PlayStation 4, and Xbox One.