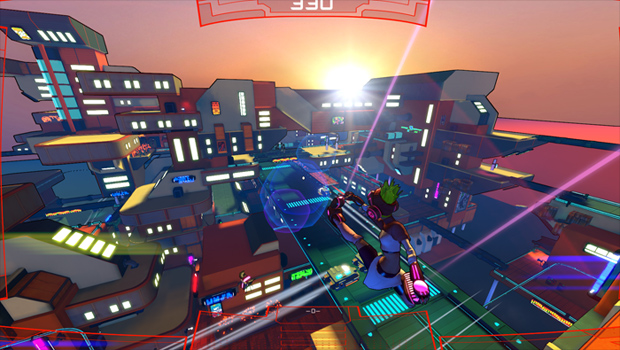 When I saw the Kickstarter for Hover: Revolt of Gamers, I had to back it. It’s been a while since we’ve seen anything even remotely related to Jet Set, and although I’m still desperately craving an HD remake of Jet Set Radio Future, this will do.

The game is set to release on the PC, PS4, Wii U, and Xbox One platforms at some point in the future, but for now, you can get a quick look at the night and day cycle in the video below.