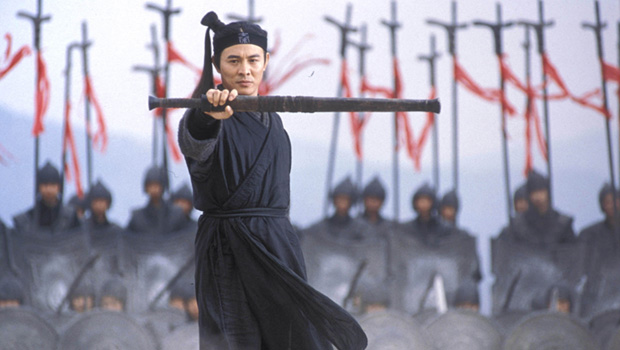 Jet Li likes videogames, and that makes everything better

Rigorous physical conditioning. Intense focus. Years of training and discipline to turn himself into a living weapon. Yeah, Jet Li is a textbook badass. But who could have expected that a man like him would offer such a ringing endorsement of our favorite pastime?

The martial arts superstar was a special guest at a recent Age of Wushu PvP tournament in China, where he discussed his history with videogames during an interview with Chinese media site 17173. Apparently, Li got really into PC gaming during the filming of his second movie at the age of 20, and his interest blossomed from there — Jet Li: Rise to Honor for the PS2, anyone?

But when questioned about the rise of eSports, Li delivered a very interesting response: “If poker card games and chess both have the players sitting down and are considered sports, why not virtual gaming as well? There are 2 kinds of sports, 1 physical and 1 mental. There is no good reason to debunk virtual gaming as a sport, and I believe the participants of such virtual PvP events have the same mentality as physical athletes.”

I have no idea why we continue to hop on Roger Ebert’s nuts for validation when we’ve got Jet friggin’ Li on our side. Nothing else matters. We win. Case closed.