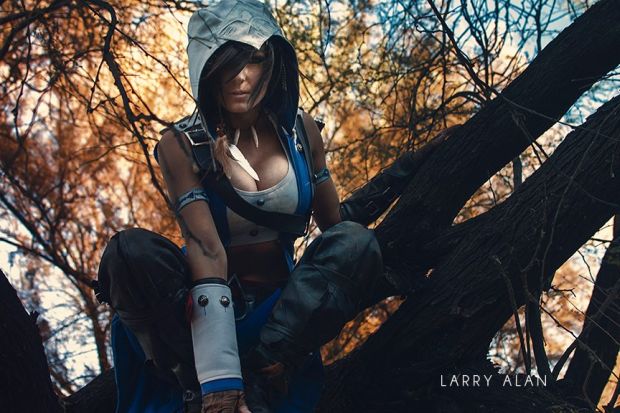 I love cosplay. A lot. It’s always a blast seeing people go all out to dress up as characters they love and strut their stuff at conventions like Dragon*Con, PAX, Comic-Con, and way more. One of my favorite cosplayers to follow is Jessica Nigri, who most of you will know from her work on Lollipop Chainsaw.

Jessica’s latest sees her taking on the role of Connor Kenway from Assassin’s Creed III. Her Facebook fan page features several shots, such as this one where’s she about to tomahawk someone in the face. Or this one where she’s reflecting on how awesome it was to smash a tomahawk into someone’s face.

My favorite from her photoshoot? Oh it’s easily this one: