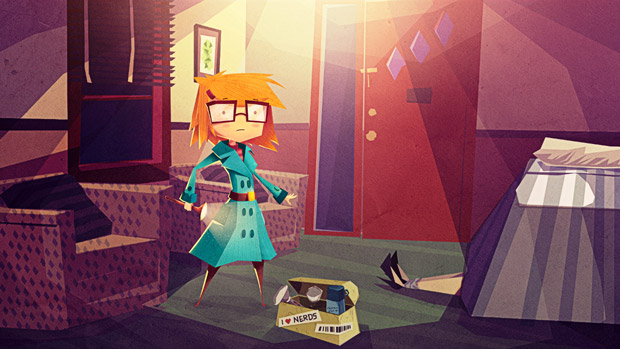 The adventure genre has exploded in recent years, with Telltale handling awesome franchises like The Walking Dead and Back to the Future, and Kickstarter funding games like Broken Age, Dyscourse, and A Night in the Woods. Something about colorful, cartoony adventures really resonate these days. Jenny LeClue could be the next in that list.

Jenny LeClue is a fictional choose-your-own-adventure novel series written by Arthur K. Finklestein, and the creation of the latest entry in the series is the focus of the videogame. It stars titular girl detective Jenny LeClue, whose mother is accused of murder and who must solve the mystery behind it all.

With more than two weeks left in its Kickstarter campaign, Jenny LeClue is sitting at just under $60,000, and it looks like it will hit its funding goal of $65,000. It is scheduled to release in late 2016 for Windows, Mac, Linux, and iOS, with additional platforms possible.