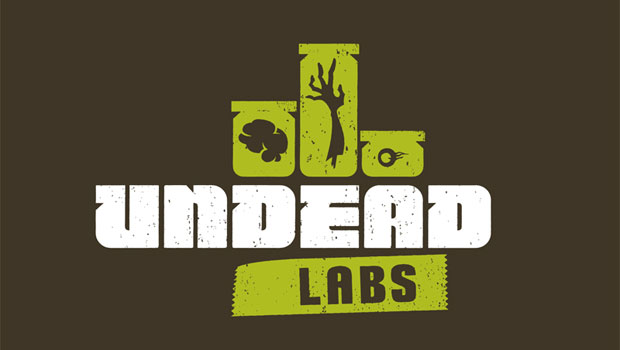 Zombies. Gamers love them. They infest almost every single genre of gaming and then some. There are zombie shooters, zombie survival-horror, zombie platformers, zombie tower defense games, zombie action games. In fact, it’s pretty safe to say that zombies have pretty much had a high caliber game in almost every genre out there — except one.

The zombies in the world of MMOs are surprisingly lacking. Yes, there are a few low-budget, web-based zombie MMOs floating around out there. But unlike every other genre, no one has take a stab at going all out with zombies in an MMO.

Enter Jeff Strain and his new company Undead Labs. If you haven’t heard Strains name before, you might not be that into MMOs. But his credits include founding ArenaNet, lead programmer on World of Warfcraft, executive producer of Guild Wars, NCsoft’s President of Product Development and throw in some StarCraft, Diablo and Warcraft III credits just for good measure. Needless to say, the man knows his MMOs, and now he’s making a zombie one.

Destructoid got the chance to talk with Strain about his upcoming company, his new zombie MMO, and the state of the MMO in general.

Oh, did I mention it’s a console MMO. Yea, things are getting interesting.

It should be noted that Strain left NCsoft to start Undead Labs under amiacable terms, but there was still reason enough to start his own MMO company. Strain wants to do a few things differently when it comes to MMOs. Some of those things are obvious like moving away from the fantasy genre that the majority of MMOs find themselves in or bringing the genre to consoles. However, he also founded Undead Labs so that he could pursue making MMOs the way he wanted to.

“I think an existing MMO company is very hesistant to abandon its loyal PC base. By starting a new company… I don’t have to worry about those issues, and I think its the best way to have a singular focus on console gaming. I think it’s time to shake (the industry) up a little bit and go in a different direction,” Strain said.

Strain says that it isn’t simply game design that Undead Labs will take a different approach to. The company as a whole is going to function a bit differently.

“You look at the name Undead Labs. There’s a reason that is unique,” he explains. “I’m very specifically setting out to make the best zombie MMO ever. This is what my company does and I wanted the aim of the company to reflect that and I wanted the people that work with me to share that passion for zombies and console games. Another part of it is that I don’t intend to be a 300 or 400 person office. I think there are smarter ways to develop MMOs and my goal is to have a studio that can stay nice and small, but still really deliver content at that AAA level… the biggest thing for me — when a team gets that big — is the loss of culture, and the loss of identity. I would really like to build a studio that can maintain its spirit over time. It’s going to take some very different thinking about production.”

As noted, the direction the company is taking is zombie console MMO gaming; but skipping over the greatness of zombies, the MMO on consoles has always struggled. Strain says this is because no one is really making an MMO for consoles, and that is something he wants to change.

“I’ll tell you why there haven’t been that many successful console MMOs,” he said. “It’s because there haven’t been that many serious attempts at them, and because most of the people who are making console MMOs are doing it in the context of taking an existing PC MMO, and porting it to consoles or developing a hybrid design that is going to supposedly appeal equally to PC and console gamers,”

“I’ve been in the MMO business for over a decade,” he adds, “and I absolutely do not believe that you have to make a game that supports both PC and console in order for it to be successful.”

Strain went on to point at the first-person and Halo as a perfect example of a genre that people thought could only be done really well on PC until someone actually took the time to make it for consoles. Strain says that what MMO makers on consoles need to do is play to the strength of consoles. He gives the example of a buddy who comes over jumping in to play at any time they want by simply picking up a second controller, which is an easy feat on a console, but not on a computer. It’s about fulfilling the expectations of a console gamer.

Some of the issues without MMOs are not console specific either. Strain points out that shifting the platform of the MMO also allows for him to address some of the issues that universally plague the genre.

“When I say MMO or RPG to you right now, you probably think fantasy. You probably have certain expectations for how the mechanics work… there’s this overwhelming template for how you play these games,” he says. “I don’t think that is necessarily a bad thing, but by changing platforms and changing genre and having a fresh perspective you can go shake up some of the fundamentals of how the game is played.

That is all well and good on a philosophical level, but how will Undead Lab’s new zombie game be doing all this? How does a zombie MMO work anyway? Strain says that it will work in a different way than you’re use to, with more quick action for shorter bursts, and far more survival elements than a traditional MMO. Undead Lab’s zombie game will feature far more focus on how characters develop over time through the choices they make, instead of simply leveling up mathematically. That isn’t the only difference, either.

“One of the things that is key in [the zombie] genre is really giving players a sense of purpose that is not just kill monsters and level up,” he tells us. “MMO players like to have a home, and that is one of the reasons I’m not going to throw them out into a post apocolyptic world. The goal here is to make them feel like there is a purpose. You’re trying to restart society. You’re trying to reclaim the world. One of the very first goals is going to be to get together with other players and establish a place that you can call your own that you must actively maintain and defend, and that over time will allow you to have a home base that will allow you to restart the economy, start trading with other ‘blue zones’ and feel like you have a home again.”

Strain says that you will have to be defending your town, especially at night when the hordes come, but that as you build your town you should also build a sense of safety. However, you will also be able to run out into the land of the dead in order to get special items, supplies, or other things that are needed for survival.

“The game is going to really encourage you to go out for all kinds of different reasons,” adds Strain, “and when you are out in the world and walking through the streets, or small towns or shopping malls it will be very easy for the game to give you that sense of you versus the masses or the hordes. It is important to state that this is not a horror game. You have to have a purpose and you have to believe you’re trying to survive for a reason and that is why you have a safe base.”

As for the zombie side of things, Strain is tight-lipped on what would happen if a player became infected, but he did voice his opinion on the fast zombie versus slow zombie battle, and what kind would be showing up in his game.

“I personally am of the younger generation/fast zombie club. I think what you’re really at though is if the tension or danger is through overwhelming masses or is it through a smaller number of enemies who are a bit more capable. What I will probably do is integrate both … People are almost religious about this, but I think in the game both types will work because then you can play off the two,” he says.

In case you’re wondering how zombies will be killed in the game, Strain won’t give a full rundown of weapons he’s though up, but at the moment he says that dual wielding a lawn chair and a box of number two pencils should work pretty well.

We all know how badly zombies hate number two pencils.