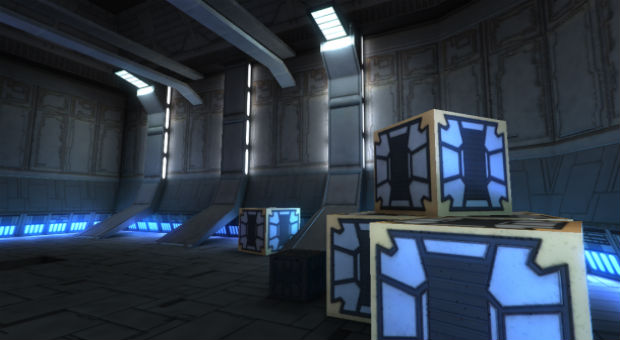 Kyle Katarn lives on in an upcoming Jedi Knight II: Jedi Outcast HD remake mod from JDBArtist, our new lord and savior of the PC mod scene. Well, that might be a little extreme, but given how much this game means to me as part of my continuing love/hate relationship with Star Wars and its media properties, this is a pretty huge deal. It was good stuff.

When Disney closed LucasArts last April, Jedi Knight II developer Raven Software was a total bro and released the source code to the popular entry in the Jedi Knight series, perhaps with the hope that modders and other talented, gorgeous people like JDBArtist would be able to create something fantastic out of the ashes of a game that would never see another sequel.

JDBArtist, via the Gaming Nexus forums, is taking on the project and attempting to overhaul the single-player missions and some multiplayer arenas of JKII, with new textures for each surface and improved lighting. That’s a lot of work for one person, so he’s reaching out for coders and texture artists on the forum if you think you’ve got the chops.

This is awesome news, and my body is ready. I wish my skills in coding extended beyond bashing my head against the keyboard until words come out, but that is how I write, after all. Go help this man make something fabulous, and check out the project’s ModDB page.