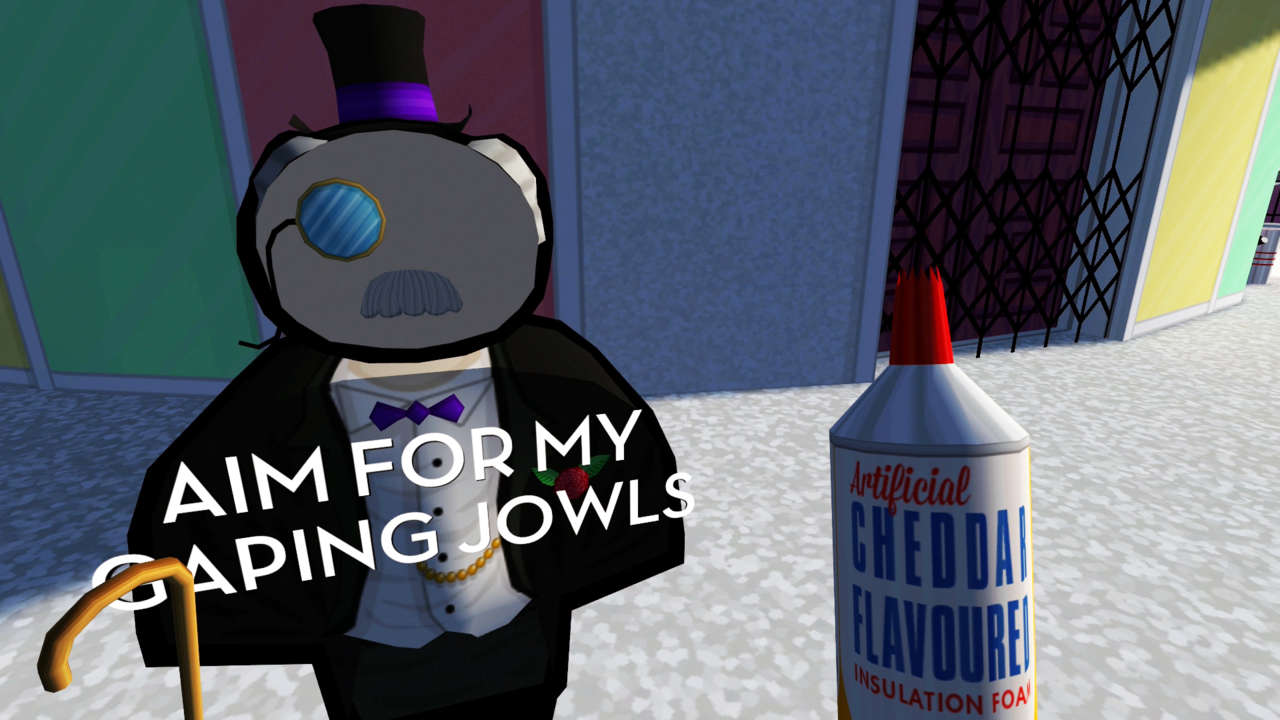 This game’s got jokes

It feels like forever ago when I first encountered Jazzpunk on the PC, and that passage of time made my recent playthrough on PS4 all the sweeter. Yes, the irreverent adventure game is back, and it has jokes. So many, in fact, that many felt new, on top of the new references developer Necrophone Games added for the PS4 version.

The “Wedding Quake” minigame with four player split-screen support is a nice bonus — not one to run out and buy just to play on its own — but a great way to pass the time if you have a crowd watching. And really, you should do just that. This is one of those things where if you can somehow corral a bunch of people who dig Hunter S. Thompson and other such absurdist romps, it’s a blast to enjoy as a group.

It’s not perfect, and feels disjointed at parts (some of which are for the sake of comedy, but don’t quite hit), but the world could use more weirdness in it, and Jazzpunk is there to answer the call.

[Disclosure: Jim Sterling, who provided voice work for Jazzpunk, was previously employed at Destructoid. As always, no relationships, personal or professional, were factored in. A PS4 code was provided for testing.]