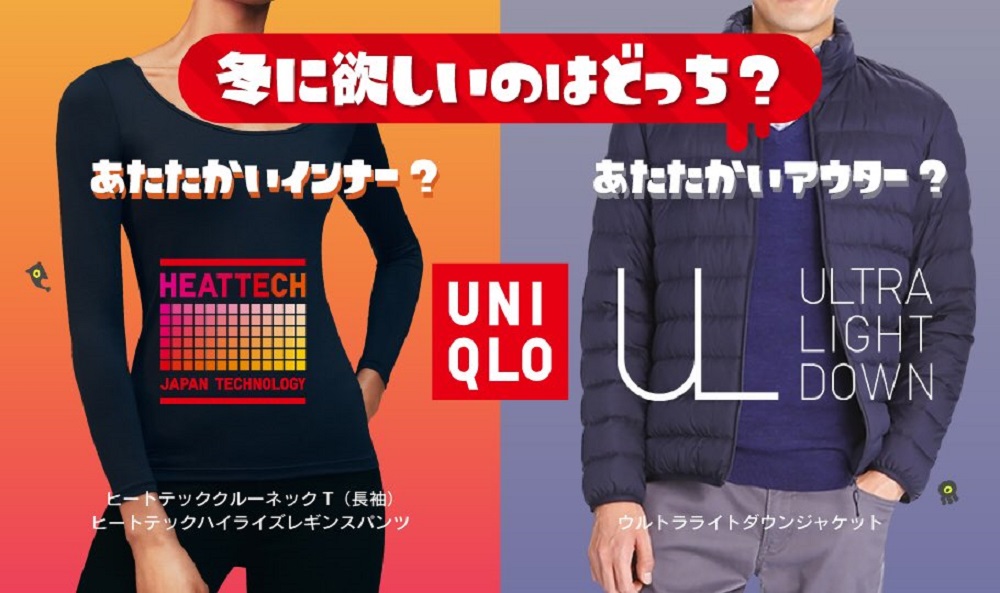 Hot on the heels of the news Europe will be getting Films vs Books as its next Splatoon 2 splatfest topic, Nintendo Japan have announced that their next bout of ink-based warfare will be over… erm… designer Winter clothing.

Japanese Splatfests are no stranger to product placement. We’ve seen fights over McDonald’s food before, and the original Splatoon featured a memorable Autobot/Decepticon battle. This latest face-off is a little less interesting, asking players which Winter clothing they prefer from fashion label Uniqlo.

Pearl is all about the undergarments, choosing Heattech thermal wear. Marina, more of a big jacket kind of gal, is in the corner of Ultra Light Down outerwear and I’m failing to make this sound exciting, I know.

This looks like the kind of clothing I see around the fighting game community, expensive Japanese labels, while I’m stood there in my sweet-ass £4 T-shirt and distressed jeans (actually distressed, not fashionably) But maybe this Splatfest will appeal more to you hip kids with your Supreme and your Bathing Ape. Fun fact: I got thrown out of the Harajuku BAPE store, but that’s a story for another day.