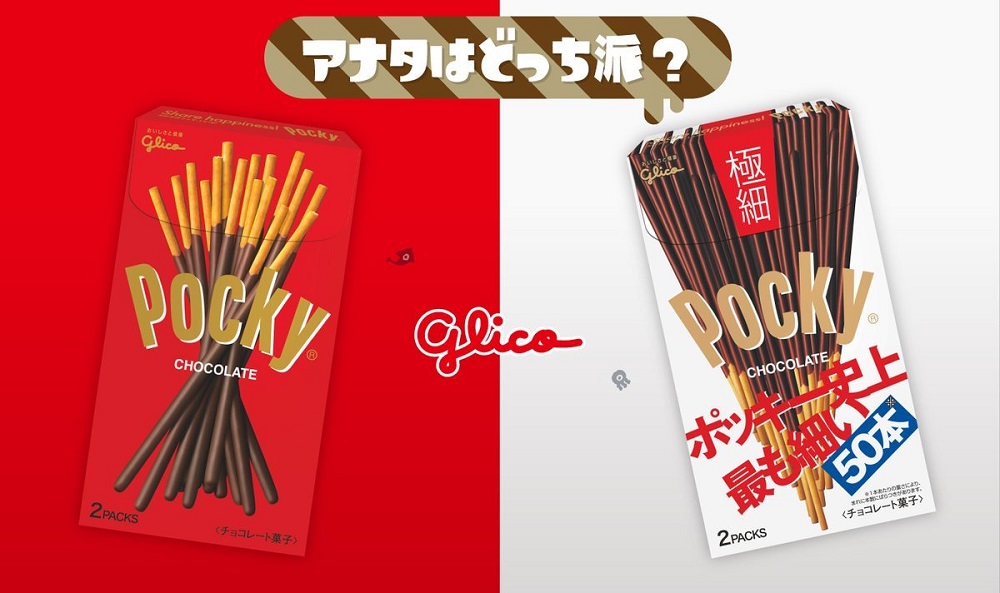 Japan sure loves their sponsored splatfests, with Nintendo’s arena-shooter Splatoon 2 previously waged war over McDonald’s, Nike, Hello Kitty and even “The Japan Agency for Marine-Earth Science and Technology”.

In a couple of weeks, the Japanese Splatoon 2 community will engage in colorful warfare once again, this time over Glico’s biscuity food-stuff “Pocky”, adored by anime characters and Westerners who love anime characters. The choice here is whether you prefer “Regular Pocky” or “Pocky Extremely Thins”. Because, if you can believe this, there’s a thinner version of Pocky, despite it being the girth of a spaghetti strand at best.

Pearl is backing Regular Pocky, because she understands that chocolate is amazing. Deejay pal Marina will be in the corner of Pocky Extremely Thins, a product that, as I’m writing this, I fail to see any call for. The Splatfest begins November 10 at 15:00 JST, before concluding at the same time the following day.