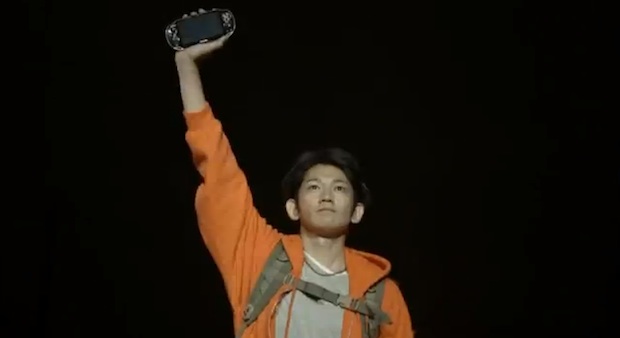 Sony has put out some ass-y commercials in the past, but they’re back on track here lately towards the end of the PS3’s lifecycle, and now into the Vita’s.

This first full commercial for Vita in Japan is really great. A dude gets his Vita and it turns him into the coolest guy in the universe. There’s huge projections on the ground from the sky, people gasping in amazement and then cheering, and actual game footage. That’s how you do a game system commercial! You get gamers excited, not make them confused.

Okay, so this is barely game related. It really isn’t. But, if you use your imagination, the lion kinda pulls a FUS ROH DAH here.