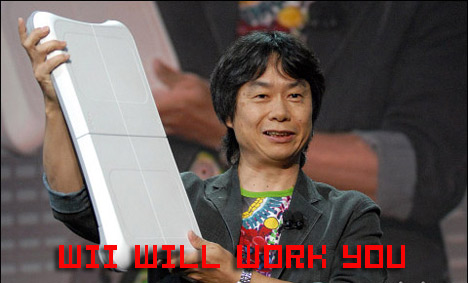 How many of you are guilty of starting an exercise program, only to throw it by the wayside after a couple of weeks? As statistics show, you are hardly alone in that regard. Here’s another one for you: Who among you rushed to the store to pick up Wii Fit as soon as it was available, just to have it collect dust after the novelty of it wore off? Don’t feel too bad, as you are in good company, according to Japanese website IT Media.

After polling thousands of readers as to whether or not they have been faithfully playing Wii Fit on a daily basis, a whopping 64% responded that they pretty much gave up on the “game” soon after getting it. In fact, only about 22% even claimed to record their progress every day. Somewhere in the middle, the semi-slackers could be found, accounting for the remaining 14% (using Wii Fit once a week, or every few days.

So now that we’ve got that out of the way, one question remains: How many of you were eager to join the Nintendo gym, only to drop out after you realized that it too closely resembled the real thing?

[Via Kotaku — Thanks, Burling]