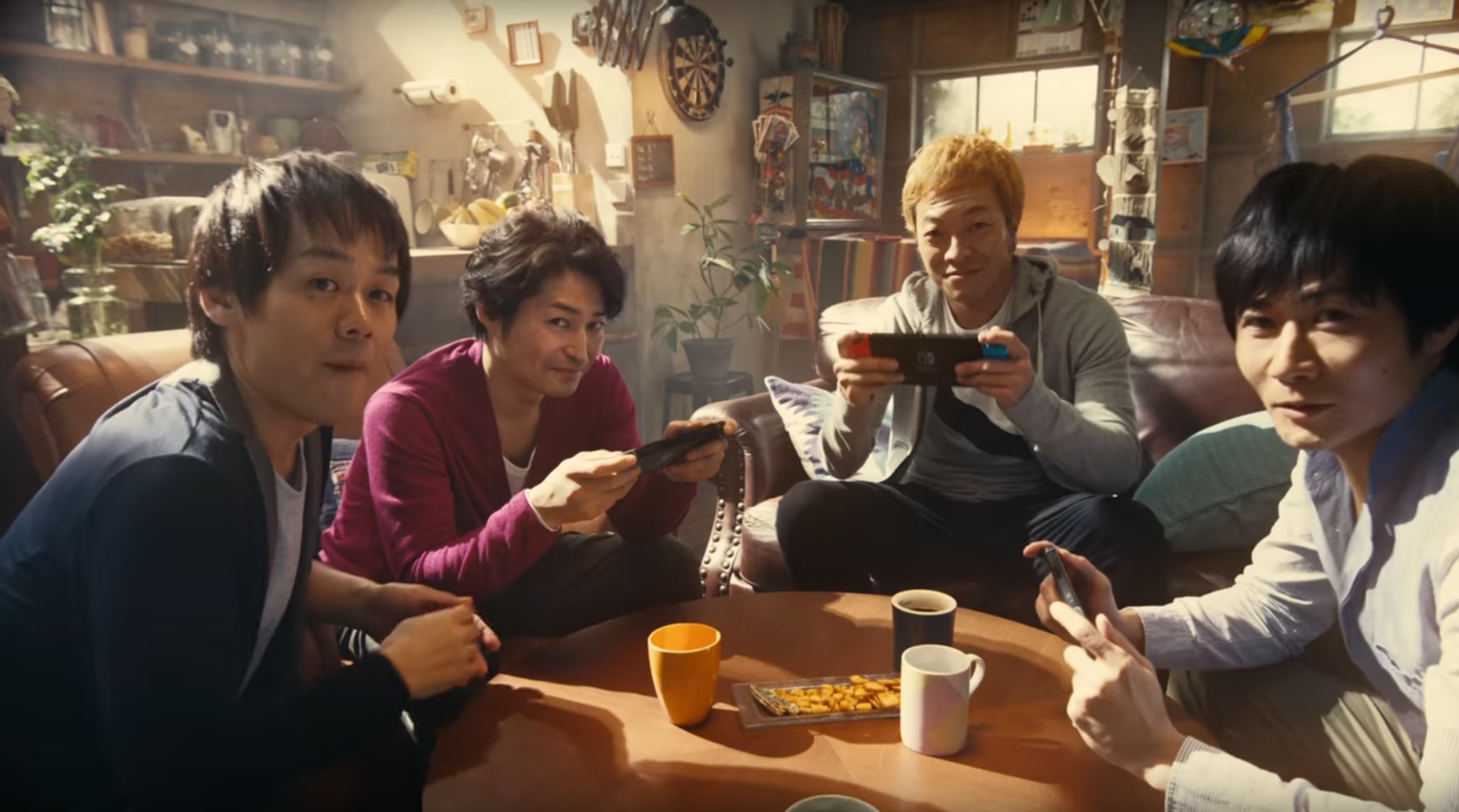 These middle-aged men are really into Splatoon!

Nintendo has just released some commercials promoting the upcoming Switch console. The ads show off some gameplay from a few of the system’s most heavily anticipated titles, including Splatoon 2, The Legend of Zelda: Breath of the Wild, and Mario Kart 8 Deluxe. The commercials will air on Japanese television and streaming sites, but you can watch them below.

I think it’s interesting that Nintendo appears to be advertising to an older audience in these commercials; I don’t think I saw anyone under 20 in any of them. We’ll see if that’s the case when English language commercials come out. They can’t be far off, there’s less than a month until the Switch releases on March 3.