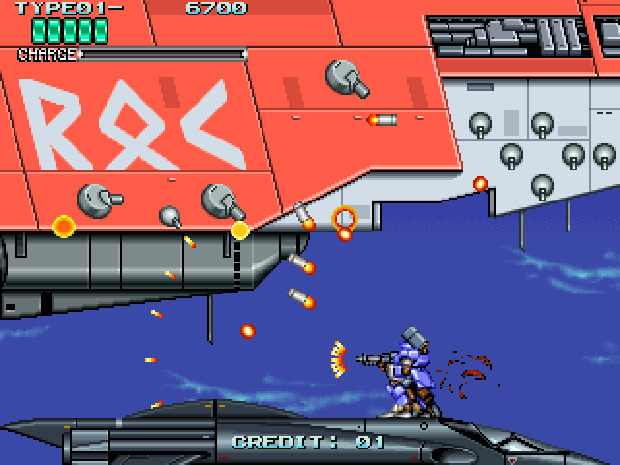 One more week until Tomba! 2 releases on PlayStation Network. Until then, we’re getting the fifth title in MonkeyPaw Games’ Retro Rush event, Wolf Fang, a sidescrolling shooter sequel to the 1989 shoot-’em-up Vapor Trail: Hyper Offense Formation. (Aren’t these names just the greatest?)

After watching videos of Wolf Fang and reading about it on Hardcore Gaming 101, I’m on board. You pilot either a preset mech or one of your own creation using customizable parts and must then shoot all of the things. After taking enough hits, your pilot will have to eject and continue on foot until another mech can be obtained via collectible power-ups.

The game will be priced at $5.99 for PS3, PS Vita, and PSP when it arrives tomorrow.