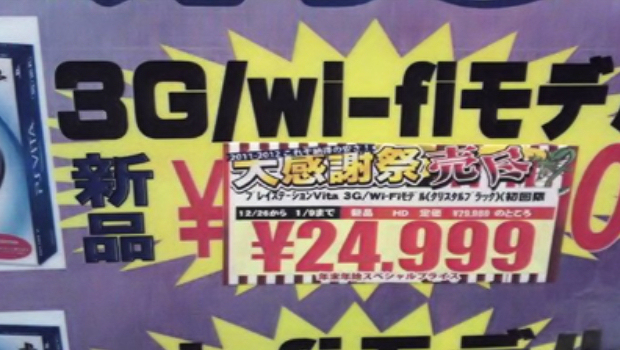 In the wake of last week’s sharply falling sales, Japanese retailers are apparently slicing the PlayStation Vita’s price in order to stimulate a few more buys.

It’s believed that the 3G model is particularly problematic for Sony. 85% of the Wi-Fi Vitas were reportedly sold at launch, compared to 56% for the 3G. Oddly, it seems people don’t want to pay more for outdated technology that has very limited use on a dedicated gaming handheld.

While I hope that Vita sales pick up (because I’d like to see the machine supported by publishers), I can’t help but think that tossing two SKUs onto the market at launch was a silly, alienating idea. With such a new product, I don’t think Sony should have potentially confused customers so early … but then I remember it’s Sony, the company that doesn’t even know itself what the Vita can do. Pretty par for the course.