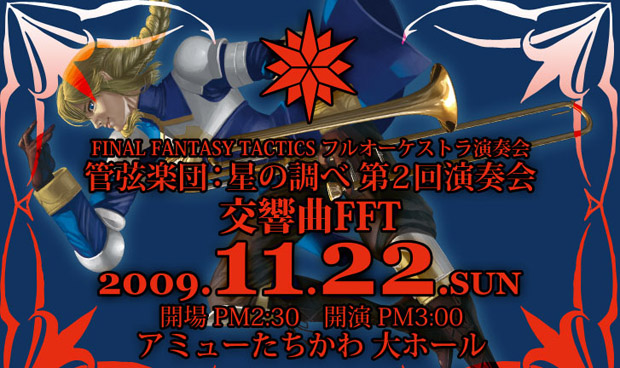 Remember the first time you booted up Square’s PlayStation strategy RPG Final Fantasy Tactics? If you’re like me, one of the most memorable things was the opening song. Hell, all the music was fantastic, wasn’t it? If you ask me, THE Final Fantasy Tactics games have some of the best music in the business.

I’d kill to see this upcoming Japanese concert, kicking off on November 22nd. It’s not an official Square Enix event, but that does not mean that it won’t be good. What it lacks in officialness it makes up for in music. It features just about all of the game’s soundtrack, leaving nothing to the imagination with its 61 songs. Luckily, they’ll be in medley form. If not, that would be one long concert.