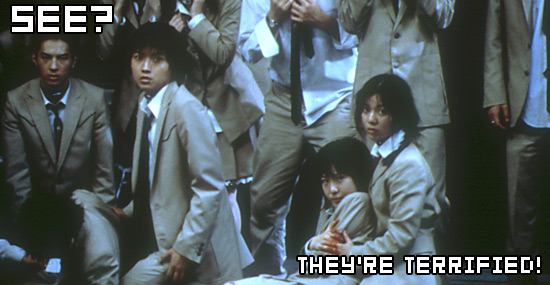 IGN is reporting on a story in the Nikkei Business Daily which claims Japanese developers fear the end of the days of wine and roses for Nintendo’s Wii. Fears run the gamut from “Nintendo has been the only beneficiary of Wii’s success as it was able to predict demand for the console” to “the Wii is only a fad and its popularity will fade”. The same devs cite the recent Japanese slowdown in Wii sales as an indicator of the oncoming “Wiicession”.

Of course, the perpetual lack of Nintendo’s baby here in American stores tells a different story, but obviously the system still lacks a strong library when compared to the Xbox 360. Between The Big N’s hesitance to allow hot, sexy violence on its platform and their heavy reliance on redundant first-party series’, there is a definite silicon ceiling on the number of titles the system can ever see, adding further credence to the devs’ fears.

Then again, so what? Didja hear that Sonic is in Super Smash Bros. Brawl?! DIDJA?