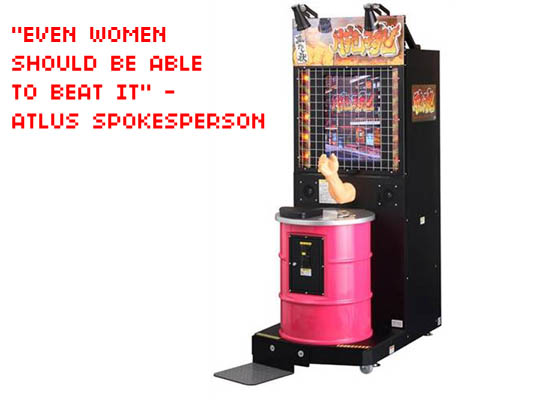 A Japanese arm wrestling arcade machine called Arm Spirit is being pulled from Japan’s arcades by its distributor after three players broke their arm in a match with the cabinet’s fake arm.

“The machine isn’t that strong, much less so than a muscular man. Even women should be able to beat it,” said Atlus spokeswoman Ayano Sakiyama, calling the recall “a precaution.” “We think that maybe some players get overexcited and twist their arms in an unnatural way.”

The company is now investigating these incidents and will be inspecting machines for any possible problems. Limp-armed gamers in North America need not worry, as this appendage-busting arcade game was never distributed overseas.

Filed under... #Arcade#Things gamers do