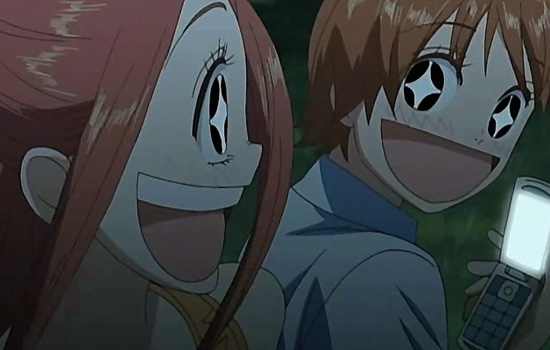 It’s been a year now since Destructoid brought into the world a screaming bundle of joy that could only be described as “Japanator.” With eyes as large as plates (and disproportionate to the rest of its face), Japanator was in awe of the world of blogging about anime. And, like any epic story should be, we were thrown from the nest a few weeks later and expected to fly. Sure, we didn’t even have feathers yet, and still needed to be fed by someone else, but hey, we survived the long plummet down.

We fought tooth and nail amongst the dregs of the Internet: weeaboos, yaoi fans, and narutards. We struck out our own little path back towards the top. Then, we were robbed and beaten. After we slayed those who stole from us in a humiliating fashion, the Gods above decided to send us help. Unfortunately, it landed right on our leg, crushing it and leaving us a cripple.

In true anime fashion, though, we grafted a cybernetic leg onto ourselves and have just entered the fight again. Now, it’s time for us to take revenge on the Gods themselves! Just wait for our vengeance!

For those of you who don’t know, or are reading Destructoid for the first time today, Japanator.com is our sister site that’s all about anime and manga. We cover news and fansubs, as well as what goes on in Japan outside of the realm of shoujo and shonen. After the jump, I’ve highlighted some of the things of past and present that you should check out on Japanator.

ZB’s A-Z: Zac Bentz loves music. A lot. All in all, he’s done profiles on more than 170 bands between the original run and the follow-ups. He’s even gone so far as to dig up some videos so you can check out the ones you find interesting right away, instead of scouring for songs, only to find the crappy ones.

Podtoid-san: Yes, Japanator does have a podcast. And yes, we’ve put out nearly as many episodes as Podtoid has. We’re just that awesome. We discuss anime news, shows, and rant, but in a slimmer form than Podtoid. In fact, we’re recording an episode tomorrow!

Spoiler-san: Sometimes there are certain things you want to talk about, like when… Well, you get the point. That’s what Spoiler-san was intended for. There are 4 episodes up, and the show’s going through a re-staging, so it will be popping up again soon.

Japanator Radio: Like I said, Zac likes music. So on Japanator Radio, he dishes out over an hour of music every week from some great Japanese bands, covering nearly every genre. Somehow Zac has managed to package pure awesome into a can form.

Japanator reviews: Yes, just like Destructoid, Japanator reviews stuff. We try to get our hands on DVD and manga releases, and let you know what’s worth buying and what you can pass up.

God Len’s Top Ten: You might think top ten lists are cheesy and something to do only when you’re running low on content, but God Len’s top tens are something different. They’re almost…magical. Well, they’re there to evoke discussion about your favorite themes.

Tuesday Otaku Debate: Just like the Game Debate to the Death, I pit two items in otaku-dom against each other, and see who comes out of the steel cage match alive.

Fall Preview and First Impressions: There’s a lot of stuff that comes out each season, and it’s hard to keep your head above the water with all of the fansubs clogging up the Internet tubes. So, we’ve got a preview of everything that’s currently playing right now, along with our first impressions of each show, so you can get an idea if it’s worth your time to watch or not.

Weekend Japanatainment: When it’s a rainy Saturday, what better way to get cozy than by watching a bunch of videos from Japan focusing around an actual theme (as opposed to Weekend D, where they’re too good for themes).

Lucky Star: We’ve got an obsession with Lucky Star. It’s just something about those girls that makes us happy. You really have to watch the show, especially since it’s been licensed. Seriously, within a year or so, the cons are going to be filled with Lucky Star cosplayers.

There’s a ton of other stories within the archives of Japanator — give it a look, and some love. We’re serious about our anime, and we try to blend a style that makes it approachable to those who are heavy into anime, as well as those who are entering for the first time.