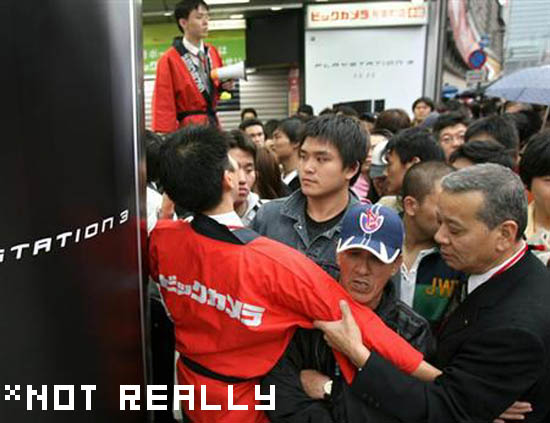 Much like yours truly working the Destructoid morning shift, the PlayStation 3 is proving to be a slow starter when it comes to sales.

According to Japanese publisher Enterbrain, the PS3 is slowly but surely closing the gap, coming up behind the Nintendo Wii in monthly sales. Sure, the Wii is outsellling the PS3 two-to-one, but back in June the ratio was more like six-to-one. This makes the fourth month in a row where the PS3 has increased in sales.

Next-Gen attributes the PS3 sales increase to recent price drops and a better list of titles. We would agree. Japanese gamers were smart enough to wait for the inevitable drops, and we’re willing to guess that sales will continue to increase as Sony releases more titles in 2008.