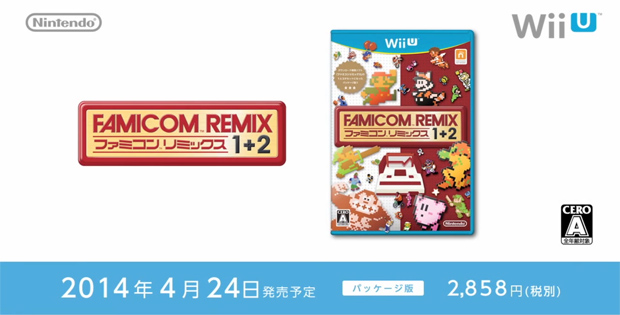 NES Remix 2 looks better to me than its predecessor by virtue of the new featured games and one can only imagine where Nintendo could take this concept if it kept going — if it didn’t restrict itself to the same console again. SNES Remix needs to happen.

Until then, Japan is getting a compilation of these two Wii U eShop games, titled Famicom Remix 1+2, at retail. This bundle is launching April 24, 2014, as announced during Japan’s Nintendo Direct last week which had different announcements than what we got here in North America.

I don’t expect the compilation to come to the West, but it’d be cool if it did. That box art is really neat (though we wouldn’t have the red-and-white duality going for us).