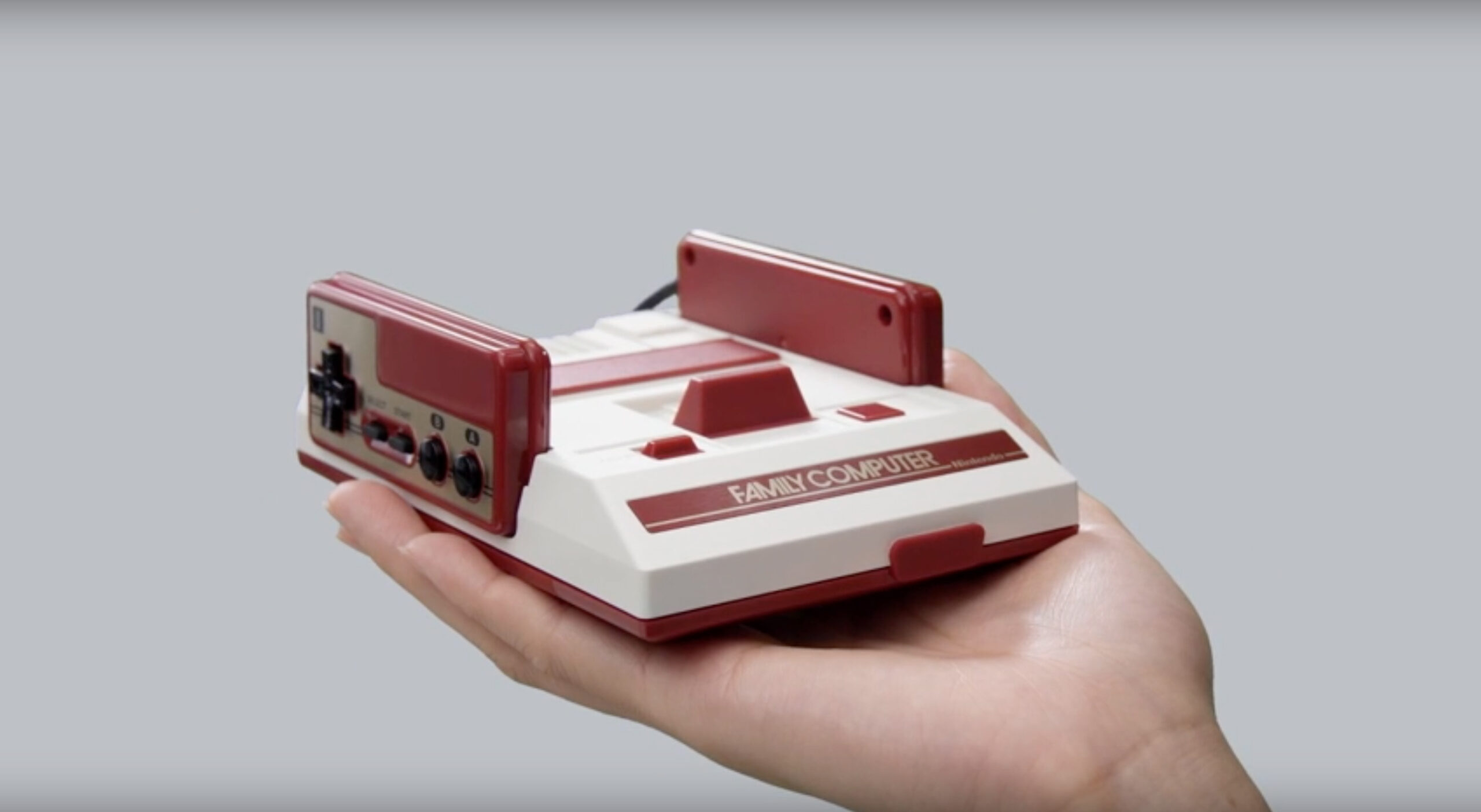 The Nintendo Entertainment System: NES Classic Edition is sure to be one of the top gifts you’ll find under Christmas trees this December. With 30 all-time classics built-in, pre-orders for the device have virtually sold out worldwide. When I first saw it I was excited and wanted one desperately. Now, I think I kind of want this Mini Famicom instead.

Announced today, Nintendo will be releasing the Nintendo Classic Mini Family Computer later this fall. Featuring a miniaturized design modeled after the original Famicom, I imagine this too will be a hot buy for our friends across the Pacific.

The Mini Famicom will include 30 games just like the Mini NES, but its list of featured titles is slightly different. Included with the system are:

Titles with an asterisk at the end are exclusive to the Mini Famicom system. Games that will be in the NA/EU version but not on the Famicom are Donkey Kong Jr., Castlevania II: Simon’s Quest, Final Fantasy, StarTropics, Punch Out!! Featuring Mr. Dream, Tecmo Bowl, Bubble Bobble, and Kid Icarus.

The Mini Famicom will launch November 10 for just under 6,000 yen. An AC adapter will go on sale separately the same day for another 1,000 yen.