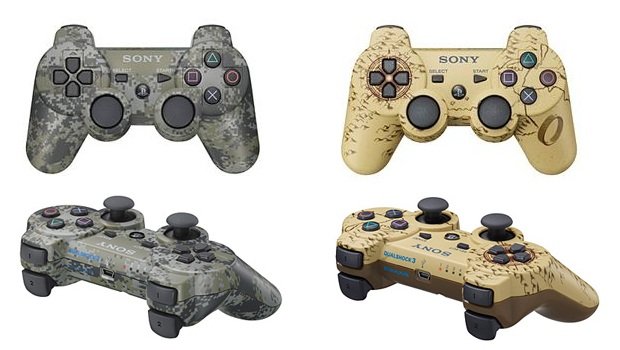 Is it true things always come in three’s? Well in this case, no. But Sony appears to be going for a theme of three with their Call of Duty: Modern Warfare 3 and Uncharted 3 DualShock 3 controllers. A couple days ago Sony showed off the new DualShock 3 controllers that would be celebrating the release of these hotly anticipated games. So far these appear to be a Japanese exclusive.

Now, I wasn’t able to see the Modern Warfare 3 one, presumably because it was covered in camo and that made it blend in so well. The Uncharted 3 controller didn’t exactly remind me of Uncharted at all. If anything I was getting a Lord of the Rings feel from the hand-drawn mountains and gold ring on the surface of the controller. If you’re just dieing to get your hands on these, the PS3 isn’t region locked so you could always import these bad boys this November and they should still be able to work.