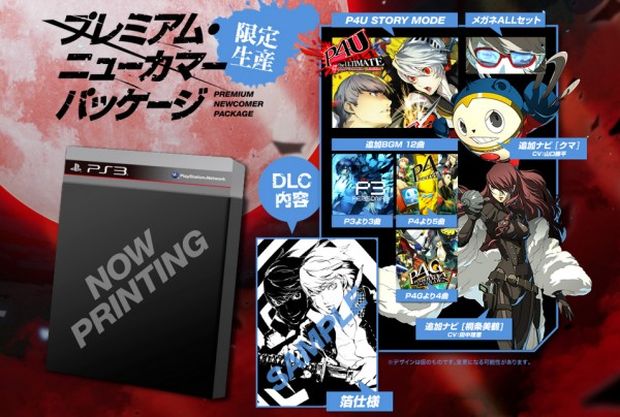 Japan is going to get both Persona 4 Arena and Persona 4 Arena Ultimax in one package when it’s released on August 28. The Premium Newcomer Package as it’s being called will include the story mode from the original game, all the glasses set, 12 additional BGMs, and additional navigators Teddie and Mitsuru. All of this is downloadable content, with the only physical bonus being an illustration from Shigenori Soejima.