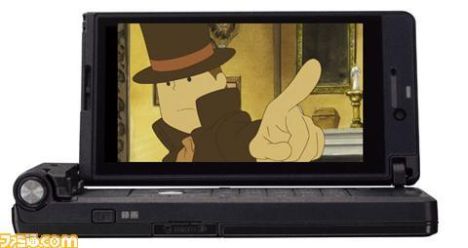 The reasons I’m obsessed with Japan are beyond number, but this recent announcement is a sterling example of why I envy their culture. Not only is Professor Layton and the Curious Village available on cell phones, but according to Famitsu it comes preinstalled on Panasonic’s new DoCoMo handset, the P906i, which is coming out this week. Beats the hell out getting Snake for free, doesn’t it?

The port will also include some new puzzles to grab the attention of fans of the DS edition, which should be a snap considering the warm reception the game received. A mini-story called Professor Layton’s London Holiday will follow for phones later this year, which was originally distributed at last year’s Tokyo Game Show.

The third title in the series, Professor Layton and the Last Time Travel, will be released for the Nintendo DS this fall, so if you haven’t had your fill of frustrating matchstick puzzles just yet, relief is just around the corner.

[Via Wired — Thanks, Jonathan]