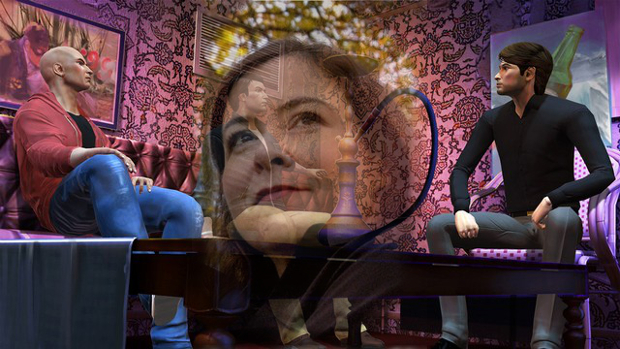 A week and a half ago on Sup Holmes (now on iTunes) we welcomed Jane Jensen of Pinkerton Road to the program. Jane started her career as a computer programmer in the 80’s, but before long, her inescapable love of storytelling and videogames came together to send her down the path of the videogame developer. It’s a path she’s been on for over 25 years.

We talked with Jane about her formative experiences at Sierra working on series like Police Quest and King’s Quest, moving on to create her own horror/adventure series with Gabriel Knight, experiencing the evolution from pixel art to FMV to polygon based graphics first hand, casting big names like Mark Hamill and Tim Curry in her games, how E3 has evolved from a enthusiast event to bloated spectacle of softcore sex and violence, the way Doom changed how publishers approach the PC market, the recent resurgence of adventure game, the difference between making “games for guys” and making them for “everyone”, and so much more.

Jane’s got two new games in the works as we speak — a enhanced remake of the first Gabriel Knight and an all new adventure called Moebius. While it will be fun to revisit Gabriel and his voodoo problems, I’m even more excited for Moebius. It sounds like a cross between the current Cumberbatch-infused Sherlock Holmes and The Matrix. It’s hard to imagine how that could fail to hit, especially coming from a developer as passionate and imaginative as Jane.

Thanks again to Jane for appearing on the show, and tune in this Sunday at 1pm PST/4pm ESTwhen we close of Sup Holmes’s run on Dtoid with Chris Seavor, creator of Conker and the upcoming Unlikely Legend of Rusty Pup. It’s going to be conclusive!