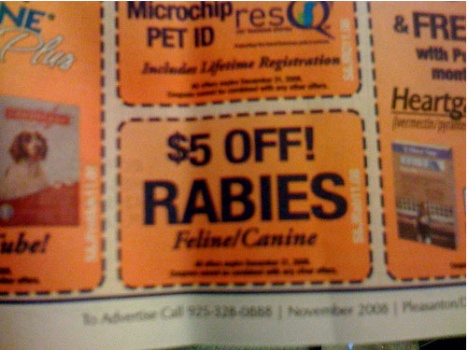 $5 off rabies is not a good deal. However, a $299 PS3 is a good deal, and if Janco Partners’ Mike Hickey has anything to do with it, we might just get our hands on that deal sooner than later. In a recent note to investors, Hickey stated that Sony needs to cut the price of the console by $100, and without the price cut the console may remain sitting on shelves waiting to be purchased. More on that:

“Recent channel checks indicate increased speculation for a PS3 price cut announcement from Sony in the next couple of days … we think the company needs to reduce the current price by USD 100 to effectively restart unit velocity at retail. We believe the market is expecting a PS3 price cut in April or by June at the latest.”

Hickey also says there is talk of a PS3 without the BluRay drive, although this presents the issue that current games would not be compatible with it. With what I get out of my PS3, I feel it’s worth whatI paid for it, but I can’t deny $299 sounds a whole lot better both on the ears and the wallet. Would you snap one up at that price?