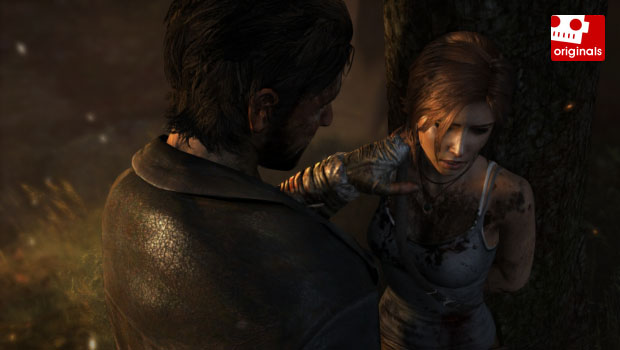 The videogame industry has had a fair few controversies pertaining to gender equality lately, with both Hitman: Absolution and Tomb Raider coming under heavy criticism for the way women have been used in their marketing. According to Lollipop Chainsaw writer James Gunn, while sexism is certainly an issue, sometimes the scandals go too far.

“Yeah, I’ve been following the conversation to some degree,” Gunn told Destructoid. “I think, in the Tomb Raider case, it’s all a little bit silly. I mean, yes, it seems like a weird plot point to have Lara Croft be raped — I don’t know who came up with that. But the outcry that rape should never be a part of video games (and, I would imagine, by extension, all storytelling), seems even more silly. I mean, we’re talking about a medium in which we regularly blow people’s heads off — we do this in the first person, as a seemingly benevolent protagonist. And yet rape as a plot-point should never, as a rule, happen?

“Come on.  And, yes, I realize an executive producer said the gamer should want to ‘protect’ Lara, and that was a bad choice of word, but he’s an EP, and those guys say dumber things to me every day. I think it’s common for something really bad to happen to a character in a video game or a movie, and then we really want that person to seek vengeance. I think it’s ridiculous to say that somehow skinning that character’s best friend alive is okay, but raping that character is not.”

According to Gunn, one major problem is that people are too busy trying to be “right” on the Internet, rather than make any meaningful contribution to the discussion.

“Here‘s the thing. People online — and in life in general — are always looking for reasons to be ‘right.’ They look for ways to be morally superior by making someone else ‘wrong,’ or some work of art ‘wrong.’ That’s what both the Lollipop Chainsaw controversy and the Tomb Raider controversy are mostly about. They’re people looking to be outraged and offended so they can let off some steam.

“In LC‘s case I say ‘more power to them.’ I believe they’ve helped to bring attention to a very small game and turn it into a very big game,” he continued. “Our sales are way beyond what we could have ever imagined, and I think that those offended helped in some small way. In Tomb Raider‘s case, a much bigger property, I think they’re being a little unfair, and I think we need to wait to see the game. I remember when Scorsese’s Last Temptation of Christ came out and all those people were picketing, and none of them had seen the movie. These people are pretty much the same. Fifty years ago they probably also would have been calling up the Ed Sullivan show, protesting Elvis’s hip movements.”

Gunn also had a few words to say about the issues surrounding the notorious Hitman trailer.

“What was poor Hitman supposed to do!? The poor guy was being attacked by those nuns in garter belts with huge guns,” he argued. “OF COURSE he had to hit them and shoot them and strangle them. It was his life or theirs! What controversial about that?!

“Oh, I see … you mean that the creators decided to make the sexy nuns in the first place. Well, admittedly, that trailer IS shocking as hell. But, that’s the point, isn’t it? I think ‘shocking’ is written into the Hitman franchise’s DNA.  As for the ‘controversy’ surrounding it, I just watched the trailer again on YouTube — there were 3,200 ‘likes’ and 130 ‘dislikes.’ That doesn’t really seem controversial. Obviously most people don’t give a shit.”

Gunn closed by saying that a lot of the controversies are made up by news sites looking for content — though he was kind enough to give Destructoid a free pass, stating that everything we post is “100% necessary.” Thanks, James!

As for Gunn’s opinion on these controversies, I’m not as willing as he is to write any of them off. Even if some of the debacles are silly — and I certainly agree that there is too much anger surrounding them, on both sides of the fence — I still think the end result is beneficial. The fact that these discussions are happening, and exposing gamers to fresh perspectives, is ultimately a good thing, as I argued in my video series a while back. Some engrossing debate has been had, and I like to believe a good number of us have learned a lot.

Some elements have gotten too far, with people harassing and trying to take each other down, but I think the reasonable and rational among us will ultimately benefit from these storms. Maybe I’m just being far too optimistic … but I’d rather be that than perpetually upset by the whole thing.

In any case, be sure to check out our full interview with James Gunn, as he discusses Lollipop Chainsaw and the issues of sexism in greater depth.