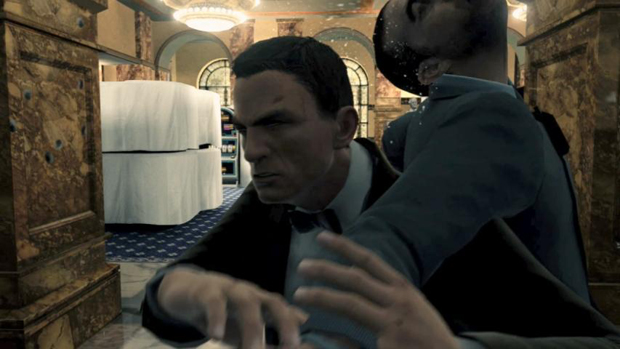 Activision sent over another trailer for 007: Blood Stone focused on the combat elements featured in the upcoming game. I don’t think the intent here was to highlight the differences between stealthy and aggressive play, which is good because I can’t tell the difference. All I see is Bond pummeling a bunch of guys, followed by Bond shooting a bunch of guys before going back to pummeling again.

Actually, the combat sequences as shown here remind me a lot of The Bourne Conspiracy, which is probably not the association anybody working on the game would like drawn. I’m sure it’s better than that — our European team came away from gamescom impressed with the title — but that’s what I automatically think of every time Bond plants an elbow on someone’s cheek.