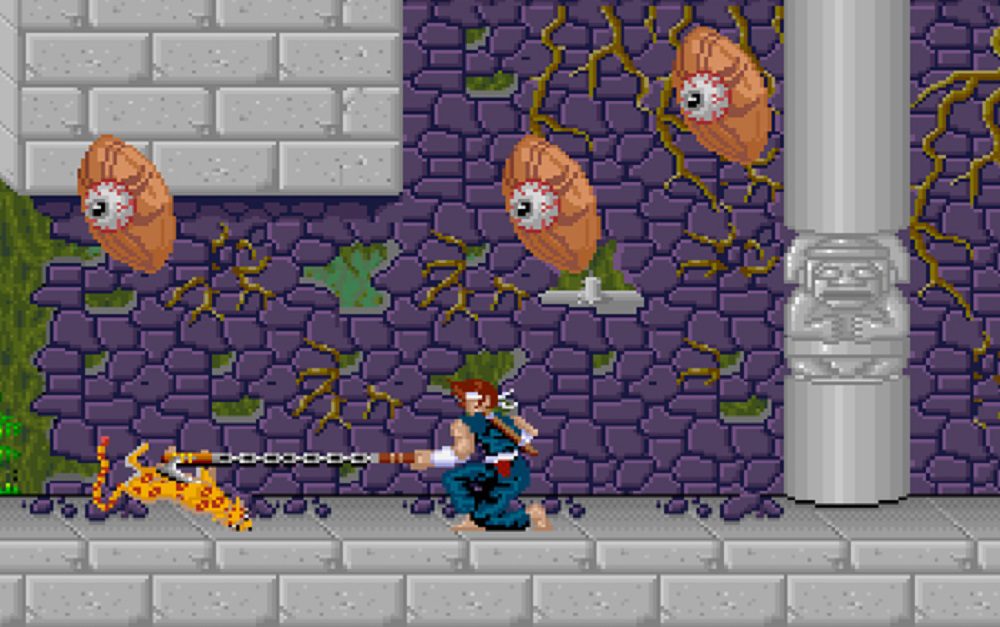 Hamster has released the latest  offering in its record-breaking Arcade Archives range. After a series of recent shmups we return to classic, side-scrolling action, as Jaleco’s Ninja Kazan makes its platform-hopping return on PS4 and Nintendo Switch.

Released in arcades in 1988 at the very height of the ninja gaming craze – which saw Tecmo’s Ninja Gaiden, Sega’s Shinobi, and Taito’s Ninja Warriors all hit in the same period – Ninja Kazan is hack ‘n’ slash platformer, following a young warrior’s inexplicable world tour, slicing and dicing his way through the U.S., Greece, India, Africa, and finally Japan, while on a quest to regain some stolen ancient scrolls.

Check out the action in the video below, courtesy of YouTuber SidMania.

Like so many arcade titles of the era, logic is gloriously adrift. Greece is packed full of monsters and demons, while the U.S. appears to be in the throngs of the Wild West. Kazan is always armed with a razor-sharp katana, but can gather new weapons such as shuriken, kunai, and a chain whip with which to take down his adversaries. Ninja Kazan is similar in style to Sega’s Shinobi, but features far more verticality in its platforming action.

Ninja Kazan is available to download now on PS4 and Nintendo Switch, priced at around $8.