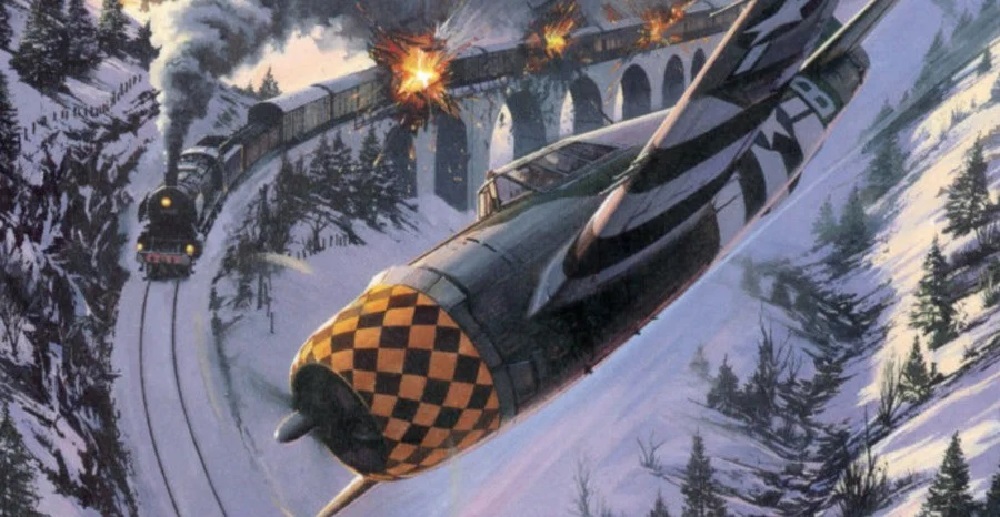 It’ss a good time to be a shmup historian, as recent years have seen both old and new examples of the genre blasting back on multiple platforms with reckless abandon. Case in point: Jaleco classic P-47 Thunderbolt, the latest addition to Hamster’s Arcade Archives range.

Initially released back in 1988, (as P-47: The Freedom Fighter), P-47 Thunderbolt is one of a number of shump titles that use World War II as the setting for some fast-paced anachronistic action. Players guide a lone fighter over a dense forest, a snowy mountain range, a huge battleship and a scorching sunset, taking down wave after wave of enemy fighters attacking from land, sea, and air. Basic weapon drops offer an edge in combat, while speed boosts help the player successfully evade returning fire.

You can check out the sky-high action in the video below, courtesy of World of Longplays.

Ultimately, P-47 Thunderbolt is a simplistic entry in the genre. There’s only one vessel on offer, and the weapons and enemies aren’t particularly creative, especially given that titles such as Irem’s R-Type, Capcom’s Side Arms, and Konami’s Parodius were already on the market. Still, it’s nice to see shumps continue to experience a renaissance, offering younger players the opportunity to experience the history of this important gaming genre.

P47 Thunderbolt is available to download now on PS4 in Japan and Nintendo Switch worldwide, priced at around $8.