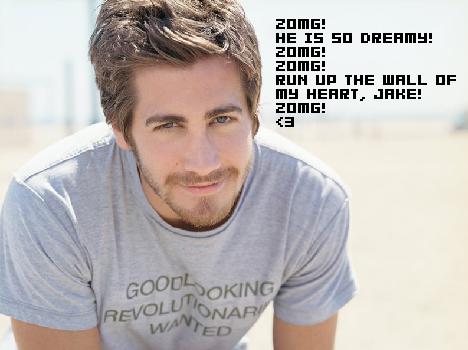 It’s official: Jake Gyllenhaal and relative newcomer Gemma Arterton will star in Walt Disney Pictures and Jerry Bruckheimer Films’ adaptation of Ubisoft’s Prince of Persia: The Sands of Time. Mike Newell (Harry Potter and the Goblet of Fire) will direct the big-screen adventure, which is set to begin production in July.

In the film, Gyllenhaal will play the titular Prince Dastan, who must team up with “feisty” princess Tamina (Arterton) to stop a ruthless nobleman from getting hold of the Sands of Time. Just like the game, these mystical sands can reverse time and grant its owner the power to rule the world! Wow, sounds dramatic!

Before you all start freaking out in the comments, let’s think positively for a second: Jake Gyllenhaal is an awesome actor (see Zodiac and Brokeback Mountain), Mike Newell is a very competent director, Jerry Bruckheimer (although not well liked in the fanboy community) knows how to produce pretty bombastic action scenes, and Gemma Arterton, well, she is one fine lookin’ lady (and costars in the new James Bond movie later this year). Let’s all give this movie the benefit of the doubt and just hope for the best, okay?

Now, with that being said, what do you all think? Remember: Positive Polly, not Negative Nelly! And, yes, I will punch myself in the face for just typing that.