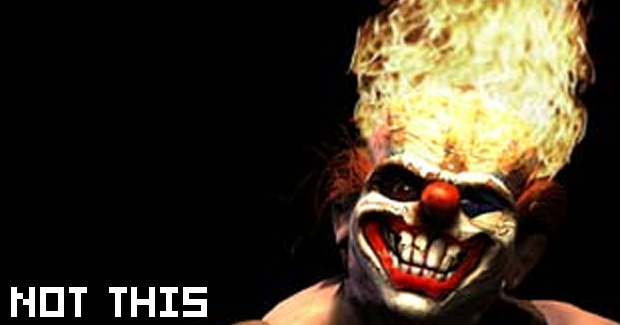 The Eat, Sleep, Play founder divulged this information through his Twitter account. He was very direct in pointing out that since he wasn’t going to be there, and since he’s the most important person involved in the making of (or, at least, the one everyone would most want to talk to about) his company’s secret game, it stands to reason that the game would not be making an appearance either.

Except he did it in under 140 characters and still had room left to point out that Eat, Sleep, Play, “are NOT making that game.” In case you were wondering, by “that game,” Jaffe meant, “Twisted Metal for PS3″ because that’s totally not the game he’s secretly making.