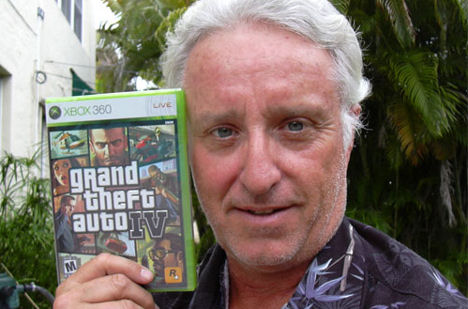 Jack Thompson was one of the gaming community’s most hated villains. The man waged a one man war on videogames with lies, half-truths and social misconceptions as his only weapons, and he received much coverage in the gaming press for his obsessive attacks on the industry.

It is for this reason that former ESA boss Doug Lowenstein has laid the blame for JT’s proliferation squarely at the feet of people like me, the games media writers who recorded his actions and words for public consumption. According to Lowenstein, it was the gaming press that gave Thompson his power and that, he implies, reflects very poorly on us.

“The media knew well that he was a charlatan who wholly lacked credibility. But hey, they said, he was news and could not be ignored. That was a cop out. It gave Thompson a platform he might not have had for as long as he did.”

Were we wrong to cover Jack Thompson? Did we lack a justifiable reason for giving the preacher his pulpit, or was a man meant to be ignored? Read on for some frank and open thoughts on the subject, from a man who interacted with and wrote about the man more than anybody not called Dennis Mccauley.

“I read with more than passing interest the reports of Jack Thompson’s disbarment. Amid all the celebrating among the game industry, one thing I hope emerges is some degree of self examination by the game press of its own complicity in making Thompson what he became.

The game press had a schizoid relationship with Thompson. He was the person they loved to vilify and the person they could not get enough of. Time and again, the game press — and mainstream press — would ask ESA to engage with, or respond to Thompson’s latest excess. The media knew well that he was a charlatan who wholly lacked credibility. But hey, they said, he was news and could not be ignored. That was a cop out. It gave Thompson a platform he might not have had for as long as he did.

Mainstream outlets (The Today Show, CNN, Fox) were worse but the game press knew better. But he was the game press’ crack. And even as they said privately he was a kook, they treated him as if he was a credible, fair minded critic. That represented an abdication of the critical filtering role the media should play.

There were and are legitimate grounds to criticize the game industry, and there were responsible and fair minded critics like Dave Walsh. But for the game press it was all Jack all the time. So as it takes delight in his apparent demise, it is a good time to contemplate whether the game media itself has matured . You help set the tone for mainstream media coverage and if you validate extremists you give license to the less informed to follow your lead.

It is 35 years since Pong. Your readers and the industry deserve a game media worthy of the best that journalism has to offer.

Is the coverage of Jack Thompson a sign of our immaturity? I will turn the question around and ask this: Is the pursuit of maturity in an industry where we write about witch touching DS games really such a noble goal? I can only speak for Destructoid, but I sense that a number of our fellow blogs would agree that part and parcel of our job is to entertain just as much as it is to inform.

I write to entertain my readers. That is my primary function and my most important aim. Jack Thompson may not really have become important, or even relevant, in the long run, but he was entertaining. Not everyone will agree with that of course, but there is no denying that Jack Thompson was good for business.

Lowenstein calls the relationship between the media and JT a schizoid one. I would refer to it as a symbiotic one. We gave Jack what he wanted, that’s certainly true. We provided him with a soapbox to stand on, we fed his ego, we made him feel special and interesting. But just as much as we gave Thompson what he wanted, he gave us what we wanted. He provided us with laughter, with something to pick apart and discuss. He was a villain, and everyone loves to hate a villain. It can’t be denied that he used us. It can’t be denied that we used him. And both sides loved it.

That is all well and good, but did feeding the troll create a monster? Did we give this man power and turn him from a joke into something serious? No. Jack Thompson was only famous to the people that he despised the most — the games industry and its customers. While he may have had brief appearances on FOX News, something that cannot even be confidently attributed to us, he was never world famous, and likely won’t ever be. He was “popular” only among hardcore gamers, a demographic that is becoming less of a percentage in the games market itself, let alone society as a whole.

Any power he wielded was and is an illusion. His notorious dealings with Penny Arcade, GamePolitics and myself were contained within our own social bubble, and whatever the future holds for JT, it will likely fail to interest the world at large. His importance is make-believe, his relevance a mere fabrication. We didn’t help Jack become anything, because ultimately he became nothing.

Can the coverage of Thompson be defended from a journalistic standpoint? Perhaps. JT was a loudmouth with more words than common sense, but in a world where reality TV stars can become credible icons, ignoring Thompson could have been a bad idea. It was thanks to us that Thompson was exposed for the duplicitous, vulgar and disrespectful man that he is. His personal attacks on industry figures and his many documented online flame wars with youngsters helped to damage whatever credibility he may have been able to forge.

Ultimately, however, I must return to my original question. Is it noble to take the “high ground” and the “mature route,” even as the industry’s biggest critics rely on childishness, ignorance and outright lies to get their point across? It seems these days that “acting mature” really means “doing nothing,” which is something that many games industry figures seem worryingly fond of while their work is dragged over hot coals by reactionary and deceptive people who deserve to be told off as publicly and loudly as possible.

This point goes beyond Jack Thompson and into mainstream media as a whole. As part of a growing medium, it would appear that both the gaming press and the games industry are going through a phase of self-consciousness, where they are afraid of looking immature in front of the older boys, despite the fact that more established mediums are acting like the biggest babies of all. If Geoff Keighley, for example, had told that psychologist to STFUAJPG while debating Mass Effect on FOX News, would he have looked any more immature and pathetic than the rest of the cast who were shouting over each other and flaunting their disrespectful ignorance on public television? I doubt it. If anything, it might have actually got a few members of the widespread audience on his side.

Doug Lowenstein claims that our readers deserve the best that journalism has to offer. I say no. They deserve one thing, and one thing only — to be entertained. If that is through hard-hitting attempts at “real” journalism, then fine. If it is through making fun of an old crank with a big mouth and a small shred of dignity, then there’s nothing wrong with that either.

Ultimately, there is but one reason why games media covered Jack Thompson as often as it did — the readers wanted it.

To merely give our readers that which they wanted … was that a bad thing?

Once again I say this. No.