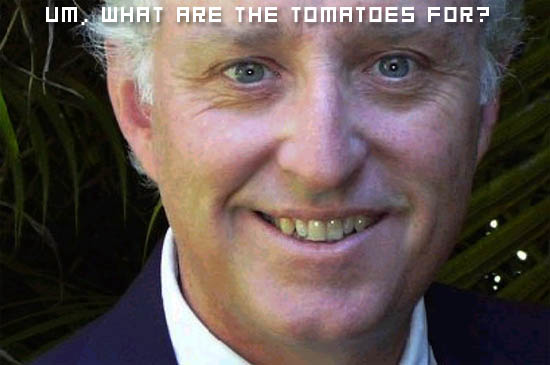 It’s possible that our favorite attorney will be making an appearance at the GDC to reprise his recent debate at this year’s VGXPO, where he had it out with Lorne Lanning. GamePolitics found this news in a motion filed by Thompson with the U.S. District Court in Florida. Good eye, guys!

Because of the quality and coherence of my presentation, I was then asked by the GDC to reprise the Philadelphia debate, this time in February in San Francisco in a 5000 seat arena, as the keynote event.

Jacko at the GDC? At the keynote event? Really? Nothing has been confirmed yet, and the GDC Web site has no mention of Thompson’s appearance, but you can be sure that all of the arena’s seats will be filled. I’ll see you there — don’t forget your tomatoes.