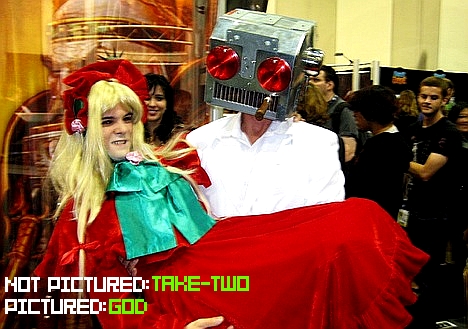 Jack Thompson recently cited God’s wrath as the reason Take-Two’s stocks have been plummeting. In a conversation with Game Politics Thompson created his own headline by saying “GOD STRIKES TAKE-TWO DOWN.” It’s like the New York Post, except with more vigor.

Thompson would go on to elaborate his belief in a later e-mail with less pop, but just as much passion:

…If you had any understanding of the Bible and of God you would understand that persecution comes Christians’ way, and we are blessed by it.  There is no blessing for Zelnick, who is not a Christian, when he gets what he deserves…