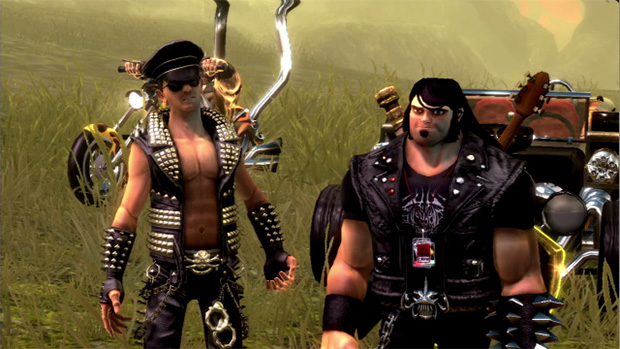 Look, I like Jack Black. I’m a big fan of his band, Tenacious D, and I think he’s reasonably funny in general. Unfortunately, most of the “Brutal Thoughts” videos that he’s done (see parts two, three, and four) have been, to be frank, terribly unfunny. And I worry that Jack Black overexposure may turn some people off from Brütal Legend, which looks like a kick-ass game.

If the footage got you going, too, you might want to check out Nick’s preview and my E3 write-up on Brütal Legend to read up on the game. It’ll be out in less than three months — Rocktober 13th is the day of reckoning. I sure hope that Double Fine’s countersuit wins out over Activision’s original lawsuit, so that the game isn’t delayed. And in case you can’t get enough of Eddie Riggs, hit up the two longer gameplay videos with commentary from Tim Schafer himself!