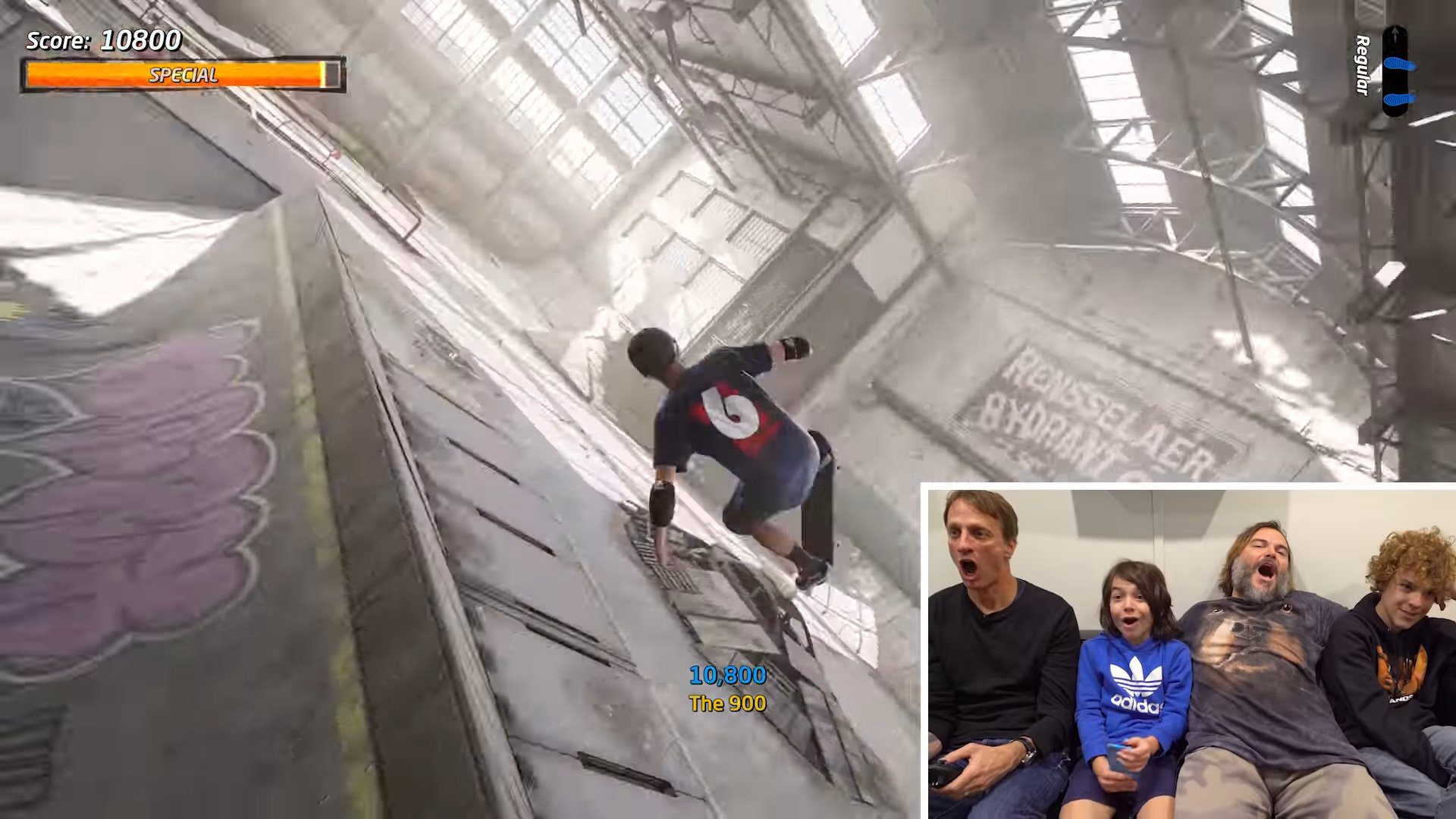 With Tony Hawk’s Pro Skater fresh on our minds, it’s as good of a time as ever to remember that Jack Black has a lighthearted YouTube channel dedicated to his adventures in video games and life. Recently, he hung out with Hawk and special guests for “a little gaming, a little skating, and a little rocking.”

The video coincided with this morning’s exciting Pro Skater 1 and 2 remaster news from Vicarious Visions, a studio that fans – at least some fans – think should be up to the task. The classic skateboarding series suffered a string of missteps in recent years, and there’s no telling how this revival will turn out until it’s in our hands, but for now, we’re hooked on a glimmer of hope. So far, so good.

Jablinski Games got to fool around in the unmistakable Warehouse level which, conveniently, is the pre-order bonus for Tony Hawk’s Pro Skater 1 and 2. If you pre-order the remaster on PC, PlayStation 4, or Xbox One, you’ll get a “Warehouse Demo” this summer before the game’s September 4, 2020 launch.

“Where is the actual warehouse,” Black asked.

“Dude, this is a make-believe place,” Hawk explained.

He was being one-hundred percent sincere.

We must treasure them forever.

The gameplay is sandwiched between a Devo jam session and a skate session with “friends of the show” Chad Muska, Rodney Mullen, Kareem Campbell, Eric Koston, and Elissa Steamer, among others.

You might not have a soft spot for Jack Black, or Tony Hawk, or even THPS – what are you?! – but this video is still super enjoyable from a hanging-out, havin’-fun, wholesome slice-of-life perspective.