It doesn’t take an otaku to see the appeal of J-Stars Victory Vs+. It features a host of famous anime characters, from Kenshin to Goku to Naruto. It’s like the Marvel vs. Capcom of Shōnen Jump properties, a magazine that’s been going strong since the 1960s.

After actually playing the game, I didn’t come away particularly impressed with its fighting mechanics, but I can’t resist the sheer fun factor of slicing and blasting away with some of my favorite characters. 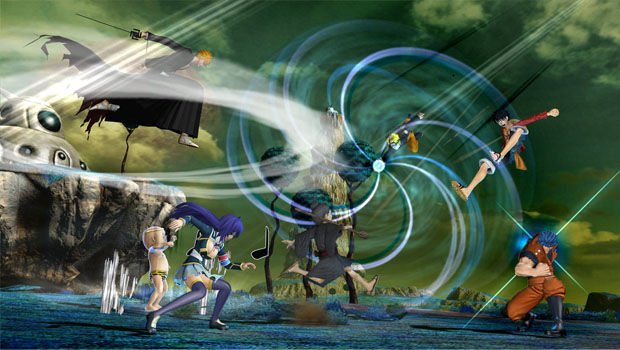 So what the hell is this game? Well, it’s a 2v2 brawler that’s set up a lot like Bushido Blade. All battles take place in large arenas in a 3D format, so you can run around to your heart’s content as you try to chase down or escape your foes. According to Koji Nakajima, the game’s producer, the “core focus” is strictly on 2v2 fighting, with AI taking the place of a partner if you aren’t engaging in two-player co-op.

The cast is probably the most impressive part, hosting well-known characters like Kenshin, Goku, and Naruto, alongside of more obscure ones like Toriko and Gintoki Sakata, who only dedicated anime fans may know of. The good news is that you’ll likely find a lot of favorites regardless as the final cast is massive, weighing in at 52 characters. Even better news — Nakajima states that there are “no plans for DLC.” If you want some background info on the roster, you can check it out by way of an in-game gallery, which details their personal story.

The demo I played hosted matches in Hidden Leaf Village from Naruto, furthering the Bushido Blade comparison. Environmental objects like houses can be blown up, paving the way for more destruction, and there’s a lot of room to move around. All told, there’s over 10 stages in the final build and given the open-ended nature of just the one I played, that seems like more than enough. I did have some camera issues when the action took place in more enclosed spaces, but there is a lock-on feature, and blowing up those spaces made things more manageable. Blowing up stuff is always a good idea in J-Stars. 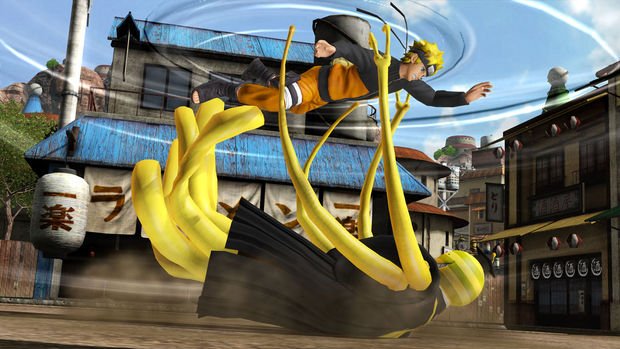 The way the game works is that each team of two needs to achieve three kills total, at which point the round ends and said team is declared the victor. It’s simple enough, especially when the control scheme is so easy to pick up. In addition to your typical “weak and strong” attacks there are also a few supers, as well as team ultimates — in the case of Goku, a Kamehameha and a Spirit Bomb would fulfill those roles respectively.

There really is no finesse in J-Stars Victory — it’s a masher through and through. Although there’s a lot of nuance in terms of animations (Goku’s flight dash is completely different compared to Kenshin’s run), every character pretty much operates in the same fashion, mashing either of the two attack buttons when their opponent is open. Attack animations are very lengthy and advanced tactics like canceling are few, so the opportunity to punish is near constant.

What’s really impressive though is the commitment to how the characters are portrayed in-game. I asked Nakajima to elaborate a bit on how they came up with some of the movesets, and he replied that “it was a really tough thing to reproduce. Since a lot of the cast wasn’t strictly action based, we needed to improvise. Take Kankichi Ryotsu, a police officer. His character really likes remote control cars, so we implemented that as an attack in the game.” 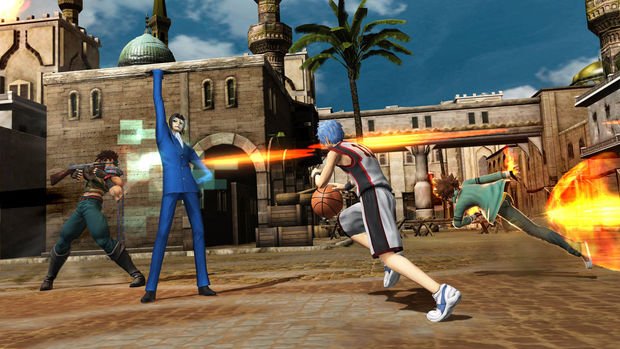 This isn’t just a statement to fluff up J-Stars — it’s absolutely true. Although I’m not thrilled by the lack of depth when it comes to the combat system itself, each character feels like a different experience in terms of their animation. J-Stars Victory Vs+ is set to arrive on June 30 in 2015 in the west, and its release is nothing short of a miracle. Just don’t go in expecting a deep fighter, and you’ll likely enjoy it.